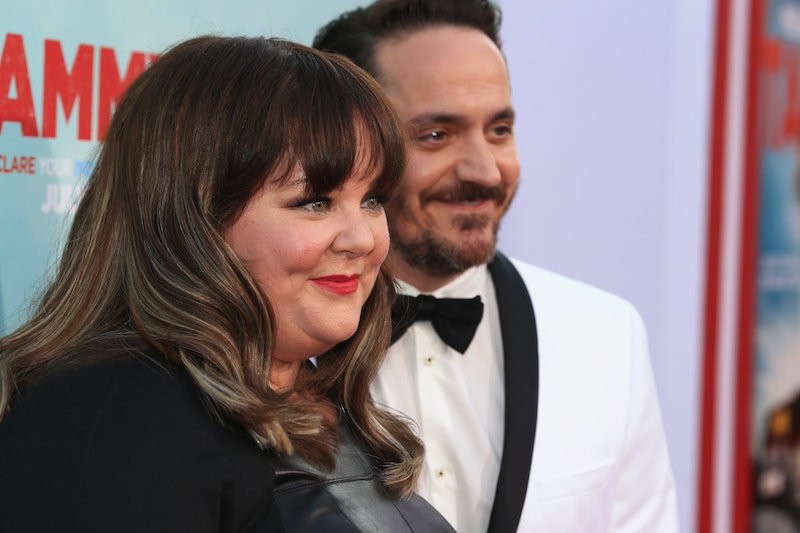 It's official: Melissa McCarthy is returning to television with a brand new comedy. While the actress won't be in front of the camera — as of now — McCarthy will produce TV Land show Nobodies alongside her husband Ben Falcone. The announcement comes on the heels of the recent cancellation of her CBS sitcom Mike & Molly. However, as the old saying goes, the show must go on. Or at least, find a new show to go on in its place, and that's just what McCarthy has done.

The show's announcement was made at Wednesday's Television Critics Association's Winter Press Tour. Nobodies will be a single camera comedy pilot written by and starring Hugh Davidson, Larry Dorf, and Rachel Ramras, and inspired by their real lives. The show will follow the group as they deal with the realities of their friends coming to success while they struggle to make names for themselves in Hollywood.

During the event, TV Land EVP of Development and Original Programming Keith Cox had this to say about the program, "Hugh, Larry, and Rachel tell stories that are so funny, you honestly can’t believe they’re true. It’s their unique take on exactly what it’s like toiling away in Hollywood – and it is that unfiltered comedy that we’re looking for." In the series, the trio will attempt to get a few of their famous friends on board for a feature script they are developing.

According to the announcement, Falcone and McCarthy will be directing the show, along with Falcone appearing as a guest star. Luckily, for McCarthy fans, if the show goes to series the actress will also have a guest role on the series. Considering the show was originally slated to be titled Friends With Melissa , there is a good chance she'll be appearing quite a bit on the show. It would be immensely cool if she showed up as a version of herself.

The pilot was just picked up by TV Land, so it will be a little while before all the pieces are put together. Although, McCarthy has only been getting funnier as the years go on, so this pilot is sure to produce a lot of laughs.