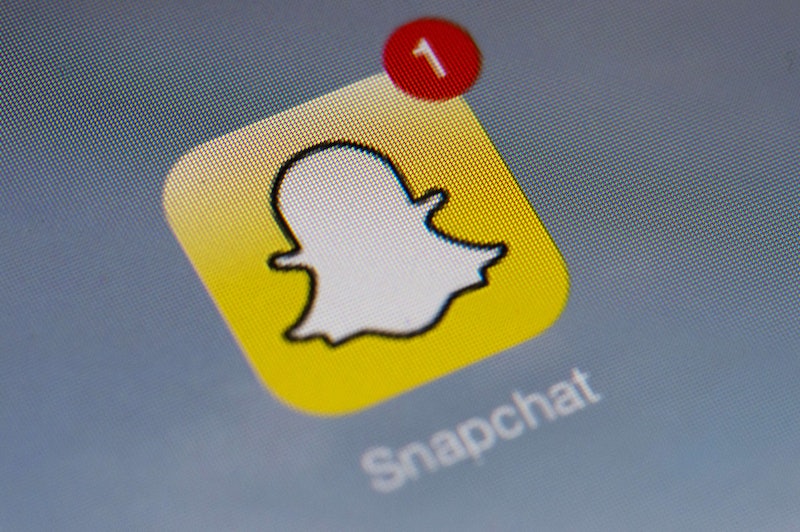 Unfortunate news for Snapchat enthusiasts today: The Snapchat Lens Store is shutting down. In an update on the “Learning the Basics” page for lenses, the social media app notes, “This Friday (1/18/16) we will be closing the Lens Store. You can purchase Lenses that you’d like to use again and again before Friday at 12:01 a.m. PT.” So if you’ve got any favorites you’d like to keep around? I suggest you snap them up (see what we did there?) ASAP.

The wacky Snapchat lens feature took the Internet by storm back in September, when a brand new update for the app brought along with it the ability to do things like puke rainbows and collect trophies. At the time, the idea was that the lenses would be as ephemeral as the picture-based messages for which the app is known: Periodically, several older lenses would disappear from the feature so that shiny new ones could be swapped in for your snapping pleasure. Then, in November, a way to get a hold of your favorite old lenses emerged with the appearance of the Snapchat Lens Store. For the low, low price of 99 cents a pop, you could actually buy your favorite lenses, thus ensuring that you would always have access to them — and I do mean always. Once you purchased a lens, it was yours in perpetuity.

Now, though, it appears that Snapchat lenses are reverting back to something more akin to the initial model: Since the store is vanishing, we’ll no longer have any way to purchase the lenses. But the good news is that the lenses themselves are sticking around — they’re too fun to make disappear forever — so you’ll still be able to take advantage of the free ones that cycle in and out on the regular; and even better is the fact that if you previously purchased a lens, you’ll still continue to have access to it forever as promised, even after the store is gone. So hey, it’s not all bad, right?

There’s no word yet on why the Lens Store is shutting down, but ah well; can’t have everything. Social media giveth and social media taketh away.