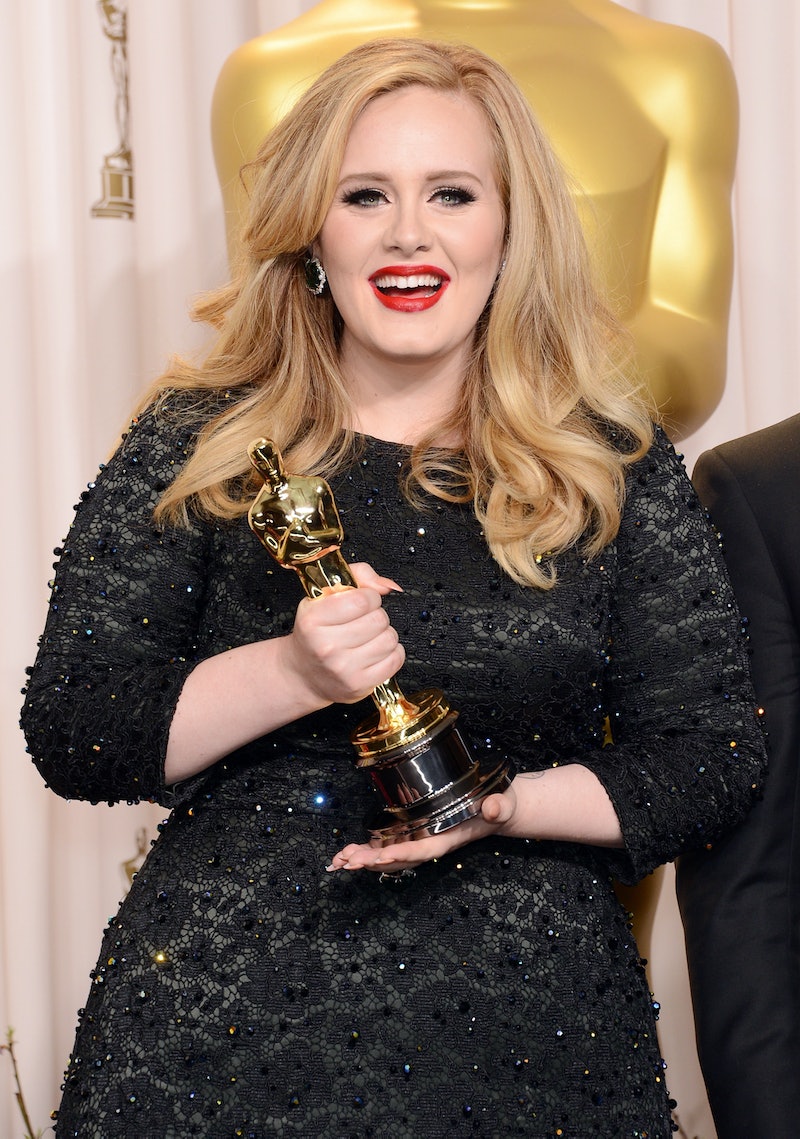 If you despise exercising, then you're about to bond with the singer behind 25 even more. It appears that Adele hates working out. On Wednesday, she posted a photo on social media of herself getting back into the sweating and staying healthy routine. However, her photo definitely isn't anything like those typical celebrity Twitter and social media posts showcasing intense workouts and touting how much they love it. As for Adele, well, she is clearly not loving being in the gym.

She looks like she is about to cry and is basically shouting via her facial expression, "Do I really have to do this?!" The 27-year-old star is obviously is having some fun by posting this relatable picture. As she told Rolling Stone magazine in November 2015, she is not the type of person who runs to the gym in excitement. She admitted,

I mainly moan. I'm not, like, skipping to the f*cking gym. I don't enjoy it. I do like doing weights. I don't like looking in the mirror. Blood vessels burst on my face really easily, so I'm so conscious when I'm lifting weights not to let them burst in my face. And if I don't tour, you'll catch me back down at the Chinese!

So she does hate working out like I do! Yep, it is the absolute worst. Do I feel better after exercising? Of course, but that doesn't mean I'm adding to my "the most fun things I've ever done" list.

That said, I appreciate that Adele can poke fun at herself and show just how little she enjoys hitting the gym. With that, she just proved all over again that she has a fantastic sense of humor.

As you can see, alongside the photo she wrote, "getting ready..." What is she getting ready for? I'm going to say she either means she is prepping for her next workout, or she is preparing for her 2016 U.K. and European tour, which begins Feb. 29.

Who really knows and who cares, because all I'm thinking about (as I do on a daily basis) is how much I want to hang out with Adele. OK, maybe I even want to take a Zumba class with her, too.