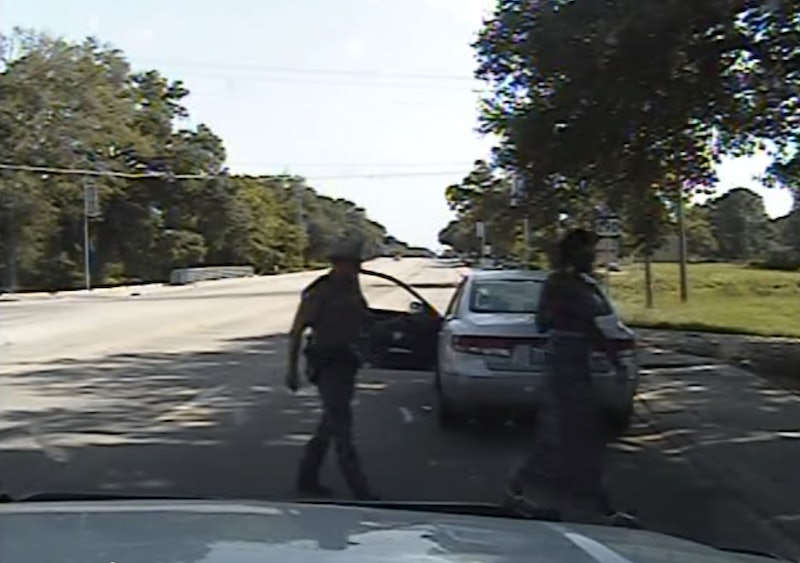 Hours after his indictment for perjury charges Wednesday, the Texas Department of Public Safety declared that it will fire Brian Encinia, the arresting officer in the Sandra Bland case. CBS Dallas producer Tami Carr tweeted that the department had begun "termination proceedings to discharge" the officer.

Encinia was indicted for perjury after a grand jury decided that there was enough evidence to pursue the charge that the officer lied about how he removed Bland from her vehicle. Encinia stated in his affidavit that he "removed her from her vehicle to further conduct a safer traffic investigation," but grand jurors apparently disagreed with this assessment. Bland was stopped for failure to signal a lane change, and a confrontation between her and Encinia during the stop ended with her forcefully being arrested on the ground. She was found dead in her jail cell a few days later, and her death was declared a suicide.

Since no criminal charges have been filed specifically regarding Bland's death, this charge against Encinia — who has been on paid desk duty since the incident — and his subsequent firing marks the first actions that have really been taken against any law enforcement officials involved in the case.