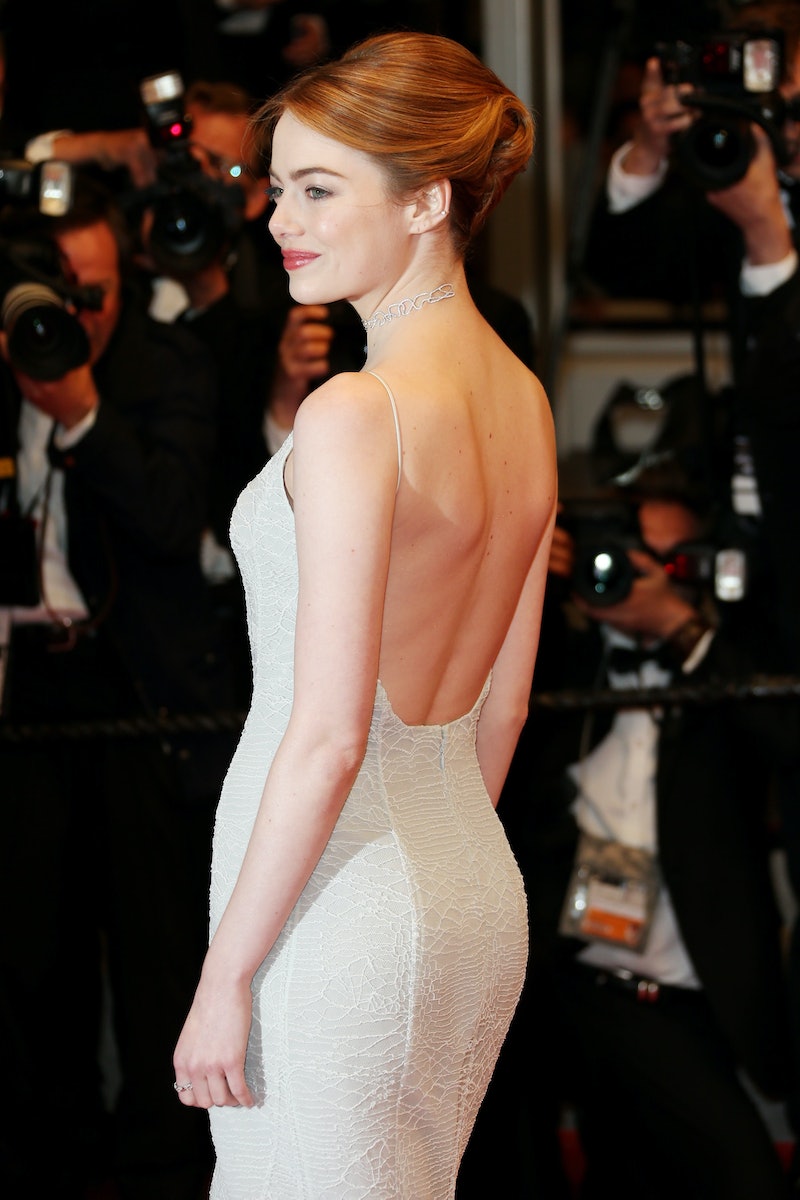 Good news for Disney fans everywhere, and also fans of amazing casting decisions in general: According to Variety, Emma Stone is in talks to star as Cruella de Vil in a new take on the Disney villain, and it is the most exciting casting news I’ve heard in ages. If you're not aware, the role is the same one that Disney made famous in the 1961 animated classic 101 Dalmatians. Though Glenn Close went on to play Cruella in the live-action version of the movie in 1996, it already sounds like the project Stone is in talks for would be a totally new take on an old classic. According to The Hollywood Reporter, the film would follow the story of how de Vil became the villain that we meet in 101 Dalmatians .

Not only is the possible casting choice an amazing one (remember: Stone is still just in talks, according to Variety), the premise of the new movie sounds absolutely incredible — and that's probably why this news is so instantly exciting to the masses. I am such a sucker for origin stories, especially when it’s a story about a character the world knows and loves. But when it’s an origin story about a villain, it’s an awesome exercise in character building and empathy. How can you not feel for this person and the hardships that they face, even when you know the horrible person they grow up to become? These sorts of movies send an interesting message to viewers about how good people can sometimes do bad things, and it's important to consider that when regarding villain characters.

The other reason why this casting news is one every Disney fan will love? Because Stone rocks, of course.

Known for playing bold women, Stone has an uncanny ability to show any character's softer sides. And isn’t that just the kind of nuanced performer that a role like the one of Cruella de Vil before she became evil needs?

Yes. The answer is yes.

Now, let’s all just cross our fingers that these talks turn into action and Stone gets the gig!