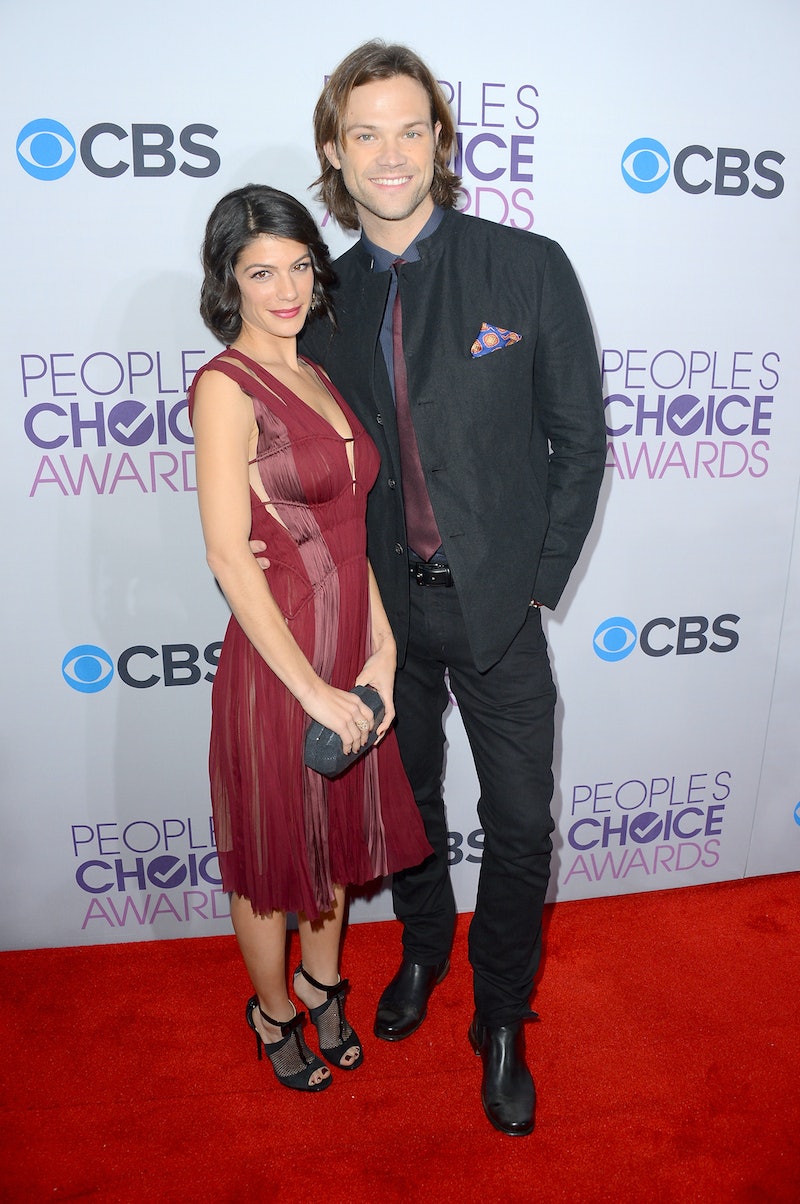 Well, this is adorable. Just a month after welcoming a new baby boy to their family, Supernatural star Jared Padalecki and wife Genevieve Cortese have revealed their son's name in a cute little Twitter exchange. Unfortunately, the name isn't Sam or Dean (or even Castiel, sorry, guys), but it is lovely and fitting anyway: Shepherd.

It was Cortese to reveal the news on her Twitter first, posting, "@jarpad and Shepherd watching some late night #supernatural," along with a picture of Padalecki holding a sleeping Shepherd against his arm.

Shortly after Cortese posted her tweet, Padalecki responded with a tweet of his own, writing, "Ok. There it is, my wife @realGpad just revealed Tom's little brothers name.... Here goes ;)"

Shepherd is Padalecki and Cortese's second child together, after Cortese gave birth to their first child, Thomas Colton Padalecki, back in March of 2012. The couple has been married for four years, after tying the knot in Sun Valley, ID in February 2010.