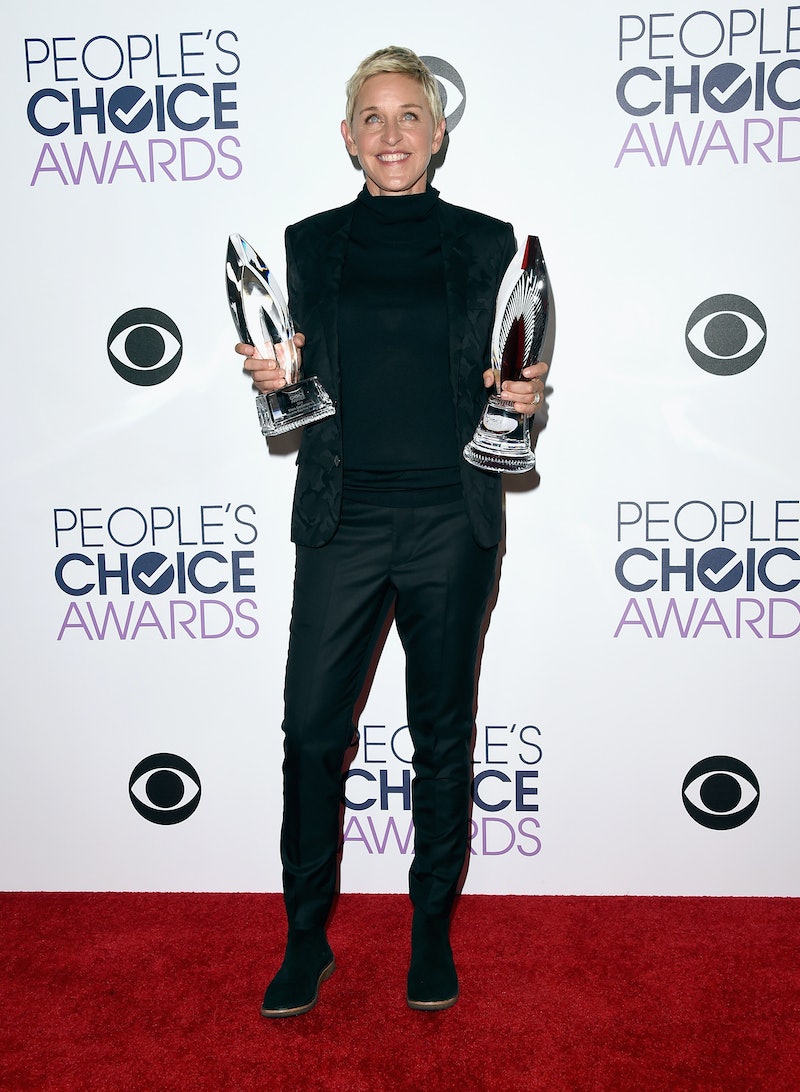 One expects a snappy opening number for an award show. Neil Patrick Harris dances at the Tony Awards every year (because he pretty much hosts every year). Billy Crystal used to insert himself into the top movies of the year for the Oscars. There’s a precedent set for greatness, people! And Jane Lynch’s opening number for this year’s People’s Choice Awards was… interesting. Not that it wasn’t good — it was just that it was obviously lip-synced (I guess Jane Lynch doesn’t have a lot of experience with live singing and dancing; Glee was never live.) and pretty cheesy. The best part of the whole thing was probably the audience’s nervous reactions, especially Ellen DeGeneres’ face.

DeGeneres is known for being the nicest of the nice. On her eponymous talk show, she’s always giving things to people, gifting awards, dancing, and generally having a good time. I’ve never, ever heard anything bad about Ellen DeGeneres. It seems like it’s good to be Ellen, you know? That’s why I was so surprised that she couldn’t keep it together during Lynch’s opening number. She wasn’t mean, just… unsure of how to process what was going on in front of her! Just like the rest of us.

It’s OK, Ellen — sometimes, my emotions get the best of me, too. Worth mentioning also is that DeGeneres is receiving a People’s Choice Award for Favorite Humanitarian at the ceremony. According to ABC News, that means great things for St. Jude’s Children’s Hospital, a foundation that DeGeneres has always supported. With her award at the People’s Choice Awards, the hospital will get a whopping $200,000 donation from Walgreens. DeGeneres is also nominated for Favorite Talk Show Host, and while I bet she’ll win that, this Favorite Humanitarian award is much more important. Look at that Ellen — doing good no matter what she does.