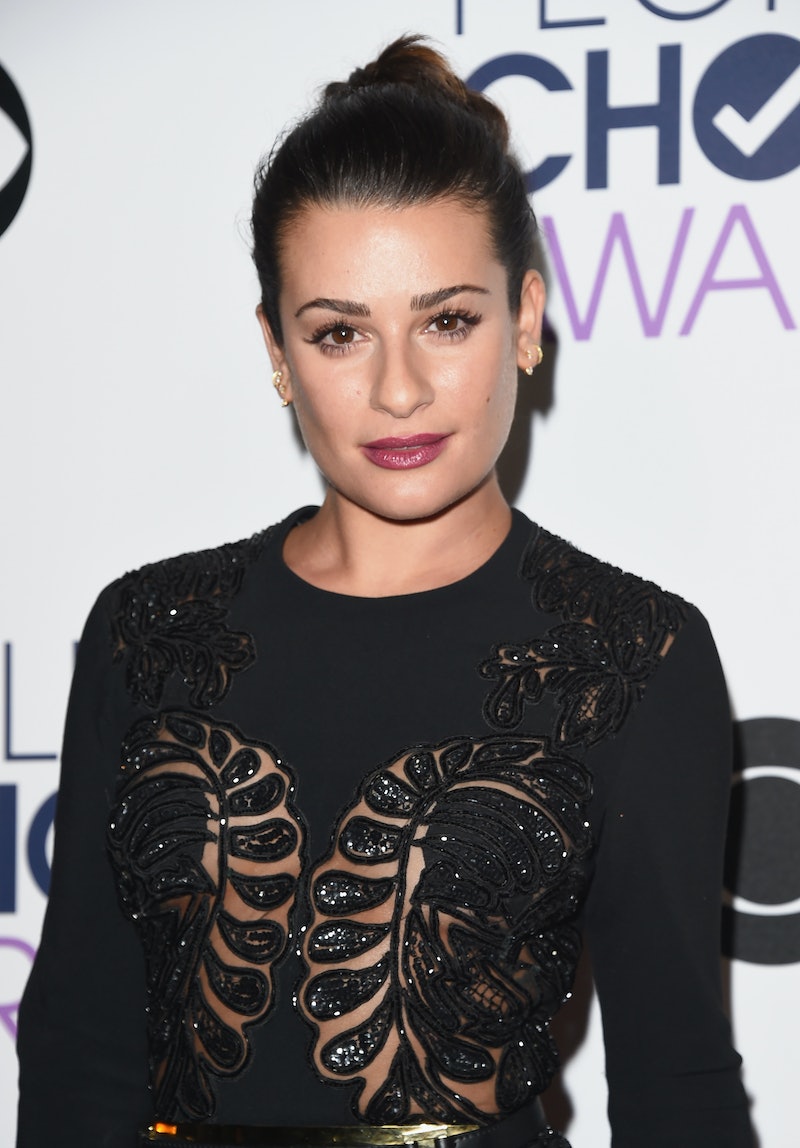 Michele, who has been getting some buzz after talking publicly about her new boyfriend Matthew Paetz, presented a People's Choice Award award alongside Workaholics actor Adam DeVine. The Scream Queens star wore a short black dress with sheer, beaded lace appliques up the front and back. She also added a metal belt around her waist for a little extra pizzazz. Michele pulled her hair back into a bun, presumably to put the focus on her pretty, dark lipstick.

Although Michele was a little late to the the red carpet, allowing for very few photos to be taken of her pretty dress, she did pose backstage alongside Christina Milian and Julianne Hough, which provided further proof that sequins were a hot choice for the People's Choice Awards.

Big fan of that lipstick. And the entire look. Bravo, Michele.