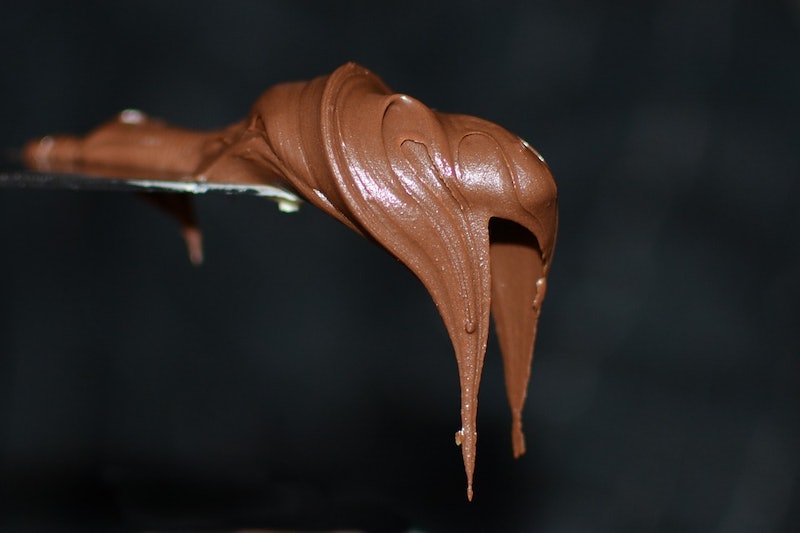 If you’re crazy about Nutella, this Nutella festival in Australia is for you. I'm more of a Vegemite girl myself, so until they announce that festival, I'll be reserving my excitement. The festival, wonderfully titled Nutella-Palooza, will be held on April 9 in Adelaide, Australia, giving you ample time to make the required travel plans, and unfriend anyone in your life with a nut allergy. The event will run for six hours, and from what I can tell, will involve a butt ton of Nutella. Nutella-Palooza was organized by a bunch of Nutella fans, and (for those of you familiar with the area), will be held in Adelaide's Bonython Park.

The event is free to attend, although I'm sure purchasing will be required if you want to take home some of the fare from the various food trucks and chocolate stalls. There will also be cooking demos to show you how to cook with Nutella (as if just putting it on a slice of bread wasn't enough of a treat already), as well as art installations (Nutella sculptures?), special guests (To be announced — Is there such a think as a Nutella celebrity? Big in the Nutella community?), and music (Again, are there Nutella themed bands? Am I missing a huge cultural moment by not knowing about this?).

It could be a great place to meet other Nutella fans or even lock down a Nutella loving lover for yourself, because I figure no Nutella lover wants to wind up with (aforementioned) person with a nut allergy, or someone like me who just thinks Nutella tastes kind of gross.

Apparently dogs aren't allowed, so unfortunately your canine pal wont be able to indulge in the ultimate day of hazelnut-chocolate goo spread (and you'll have to take "Must love dogs" off your dating checklist, if what you're going for is creeping). Meanwhile, this apparently isn't the first Nutella-Palooza ever — just the first of its kind for Australia. The more boringly named "Nutella Festival" was held in Malta already. Meanwhile, here are some pics from Nutella-Palooza's Instagram to get you totally jazzed for the forthcoming festival (and maybe even inspired to organize one in your own community):

1. This Picture From A Nutella-Palooza Business Meeting

This management team means business when it comes to Nutella.

2. This Picture From Another Nutella-Palooza Business Meeting

OK, maybe they just mean business when it comes to getting your sugar high on.

A whole new level of decadence. And Nutella is considered a breakfast food...