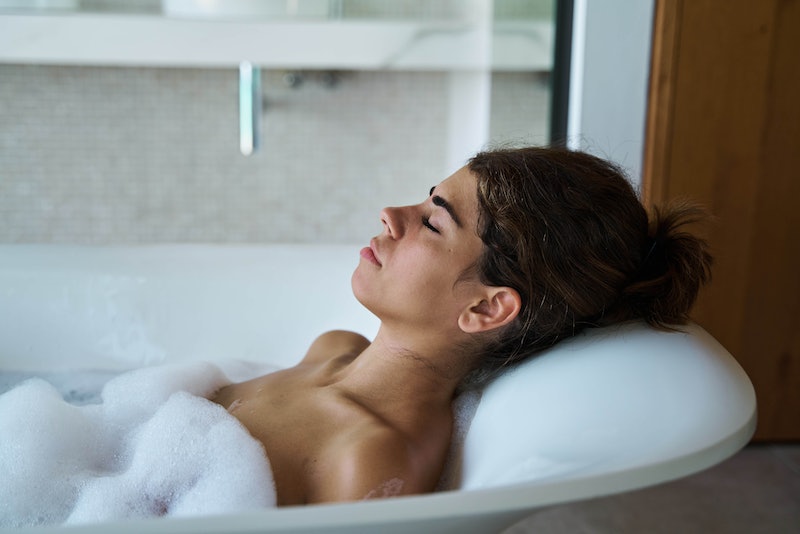 Surprisingly, one of the key signs of loneliness isn't "feeling like you don't have enough friends". People experiencing loneliness will sometimes have many social connections, online and otherwise, and yet experience a feeling of isolation and disconnection from other humans. Psychology Today points out that many factors affect how different people respond to loneliness, from how we regulate our emotions about isolation to how much connection we feel we need. And it doesn't always look the same: it's not all sighing while staring into the middle distance and listening to depressing classical music.

The Psychology Department at the University of Chicago has a handy definition for loneliness: "the distress that results from discrepancies between ideal and perceived social relationships." In other words, it's about disappointment; you don't feel as intimately connected to people, or as happy in their presence, as you think you should, and that makes you upset. It's a problem with expectations versus reality. But that doesn't fit with how we normally conceive of "loners," so it may be tricky to determine whether that creeping upset feeling is loneliness or something else.

Fortunately, several scientific studies have got you covered. If you suffer from some of these characteristics of typically lonely people, it may be a more powerful indicator of loneliness than "not having plans on Saturday night".

1. You're Shopping A Lot

It seems that shopping and loneliness have an interesting kind of connection: a study of 2,500 people over six years found that lonely people often have a strong urge to accumulate possessions and focus on material things to "fill a void". The study's author, Rik Pieters, points out that socially disconnected people often indulge in materialistic pursuits to find "that one missing slice of happiness," and that it may temporarily lift their mood. The jury's still out on whether materialist focus causes loneliness, but it does definitely seem as if lonely people are serious shoppers.

A 2015 study from the University of Texas in Austin found that there's a correlation between feelings of loneliness and a tendency to binge-watch television series. The researchers put binge-watching into a category with minor addiction, where a substance (in this case, the entire season of House Of Cards) is used to distract people from their loneliness or depression. If you've noticed that you've started pushing "Next" more often than usual, you may be feeling socially isolated.

3. You're Not Feeling Rested

Back in 2011, a study in South Dakota looked at nearly 100 people and measured their sleep patterns while also getting them to fill out questionnaires about feelings of isolation and anxiety. It turned out that sensations of loneliness were a pretty good predictor that somebody would have fragmented, messy sleep, though the researchers weren't quite sure why. They thought perhaps that feeling socially secure meant we were less likely to lie awake worrying or stressed, but it's still not quite clear what the connection is.

4. You Take A Lot Of Long, Hot Showers And Baths

This is interesting: it turns out that we equate social feeling with literal "warmth". A series of studies done in 2013 found that people who were experiencing sensations of loneliness were more likely to take long, hot showers and baths, and that it made them feel immediately better. The studies did a bunch of tests on the relation between warmth and loneliness, and discovered that we feel lonelier when we're cold and immediately more socially satisfied when we're warm.

This is probably to do with actual physical "warmth" being shared between people: our earliest experiences of social times are hugs and embraces with our parents, and warmth from places like showers (or snuggly duvets) is a shortcut to feeling better when we're isolated.

5. You're Catching A Lot Of Colds

Physical isolation and loneliness have been associated with a bunch of different health problems, but one of the most striking is a weaker immune system than a highly socially satisfied person. The immune system, according to a study from UCLA, shifts focus in lonelier people, focusing on bacteria rather than viruses, with the result that lonely people are more prone to falling victim to viral threats.

6. You Have Friends Who Complain About Feeling Lonely

According to a 2010 study, loneliness seems, in certain social networks, to be "contagious". If you know lonely people, particularly if they're among your friends and if you're both female, you're likely to experience feelings of loneliness yourself. This seems utterly paradoxical, but remember that combatting loneliness isn't just about having friends.

Lonely people who spread loneliness tend to be on the periphery of social groups, and people who said they were lonely actually had fewer friends as the study went on. "Loneliness is both a cause and a consequence of becoming disconnected," the scientists said. If you're lonely, in other words, you may have caught it from other friends, and you're very likely to stop talking to them.

7. You Feel Symptoms Of Depression Coming On

Loneliness and social isolation have a strong scientific relationship with the development of mood disorders, particularly depression. Studies have found that loneliness and depression tend to be pretty coexistent, and that loneliness is what's called "a major precipitant" of depression: in other words, it's one of the classic signs that indicates depression might soon swoop down on your head like a large, unwanted bat.

If this all sounds like you, know that psychology has tips on fixing chronic sensations of loneliness. Being aware of your expectations of friendship and relationships, and how precisely you feel the ones you have are "falling short," is often a good start. And experts also recommend challenging maladaptive think patterns: if somebody hasn't talked to you for a while, a lonely person may assume they no longer want to be friends, while a more positive (and realistic) point of view may be that they're busy. Improving social networks may not be a matter of partying every night; it's about quality and expectation.

Get on it and you may not feel the need to bingewatch ever again. (Well, OK, maybe the next season of Broad City.)