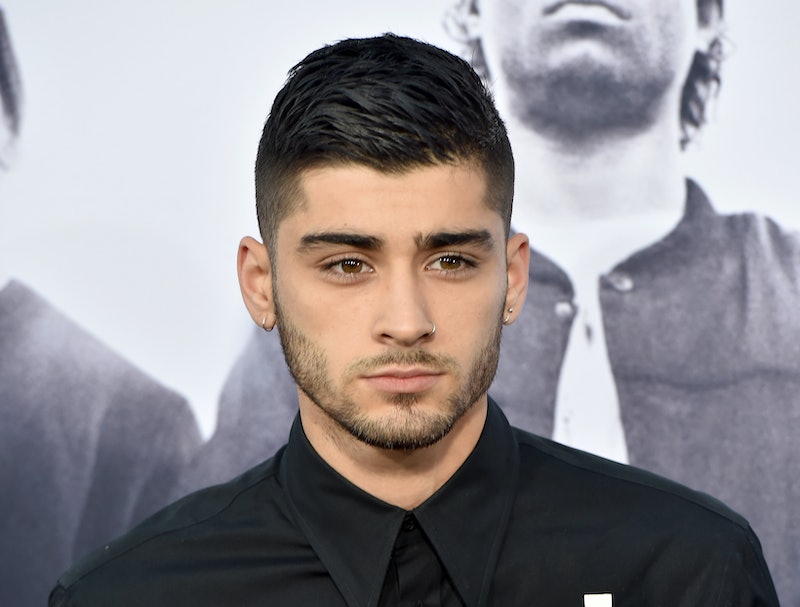 It looks like Directioners have something new to worry about when it comes to their favorite band. In an interview with Billboard, Zayn Malik says he isn't friends with One Direction. Well, that just can't be true, can it? Sadly, and according to Malik, it most definitely is. Unlike when he left the band and declared that he would forever have "four friends for life" in Harry Styles, Niall Horan, Liam Payne, and Louis Tomlinson, it appears the four remaining members don't speak to him.

The truth of it is you can think one thing about a situation and the total opposite can happen. I had every intention of remaining friends with everybody, but I guess certain phone numbers have changed and I haven’t received calls from a lot of people. I’ve reached out to a few of them and not got a reply. Certain people have pride issues, but it’s stuff you overcome in time.

Not only are Malik's words blunt and somewhat harsh, but they are a total bummer. It'd be nice to know they are all still chummy. I'm not faulting him for speaking what he deems his truth, because he probably wants to speak from the heart and be honest. You would think for a band who have recorded music, performed all over the world together, know each other better than probably their own families know them, would stay close for the rest of time. Of course, that's now how life works. It's an unfortunate reality that many friends, famous or not, have experienced.

As I'm sure you can imagine, Malik's confession has upset the 1D universe and now fans are staging a Twitter intervention. In typical Directioner fashion, they are asking Malik and the other band member to please "be friends" again. I mean, how are they supposed to sleep at night knowing their favorite singers aren't even on speaking terms?!

On the other hand, there are some who want Malik to stop bashing the guys and cut the nonsense:

Whether you believe Malik about the friendship fizzling out because of the other guys or not, there's no arguing with the fact that his interview has once again caused chaos within the 1D fandom. Now let's all try to patiently wait for the other members to respond.