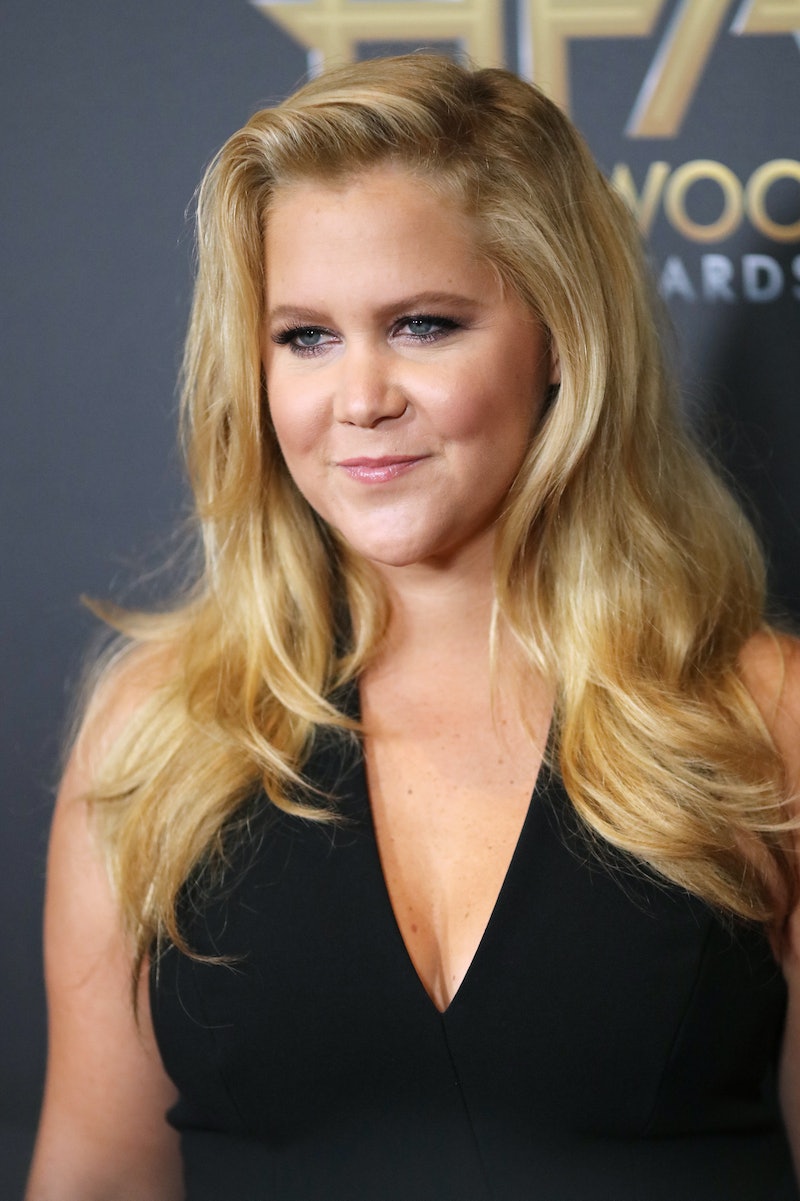 If you haven't heard, Amy Schumer has a new boyfriend. His name is Ben Hanisch. He's from Chicago. He posts really cute photos of them. Oh, and he designs furniture at The Last Workshop, which he also founded. Anyways, there have been all kinds of rumors circulating about the two, including how they met. So, why not clear that one up by answering the question: How did Amy Schumer and Ben Hanisch meet? Unlike many people nowadays, they did not meet on a dating app. Specifically, they did not meet on Bumble, which is like Tinder, and where women initiate the conversation.

The Golden Globe nominated actress for Trainwreck cleared up those reports on Instagram by stating, "...we did NOT meet on bumble. Great site just not how we met." She even wrote on Twitter, "Please let the record show I have never in my life been on bumble." Can she be anymore clear? I think not.

So, if they didn't meet online, how did they meet? It's hard to say for certain, but there's a good chance the met in Chicago. As previously stated, Hanisch is based in Chicago and Schumer has done several shows in the Windy City. Maybe he bumped into her at a show? Or, seeing as he designs furniture, maybe she went looking for a new piece for her home and they connected. If that latter is true, then that is the best meet cute ever. (That also would mean their relationship resembles Spoby's from Pretty Little Liars, because Toby made Spencer a rocking chair. *Swoon*)

Despite not knowing how, when, and where they met, Schumer and Hanisch have a lot in common, including stopping gun violence. They went to the White House together for President Obama's speech about gun control. Both shared photos on social media, with Schumer captioning hers, "Fam and man at the whitehizzy." Hanisch wrote, "So proud of this babe!!"

Here's hoping when they walk the Golden Globes red carpet together (yes, Schumer confirmed they're attending together on Instagram), she'll dish even more about their relationship and exactly how they met.