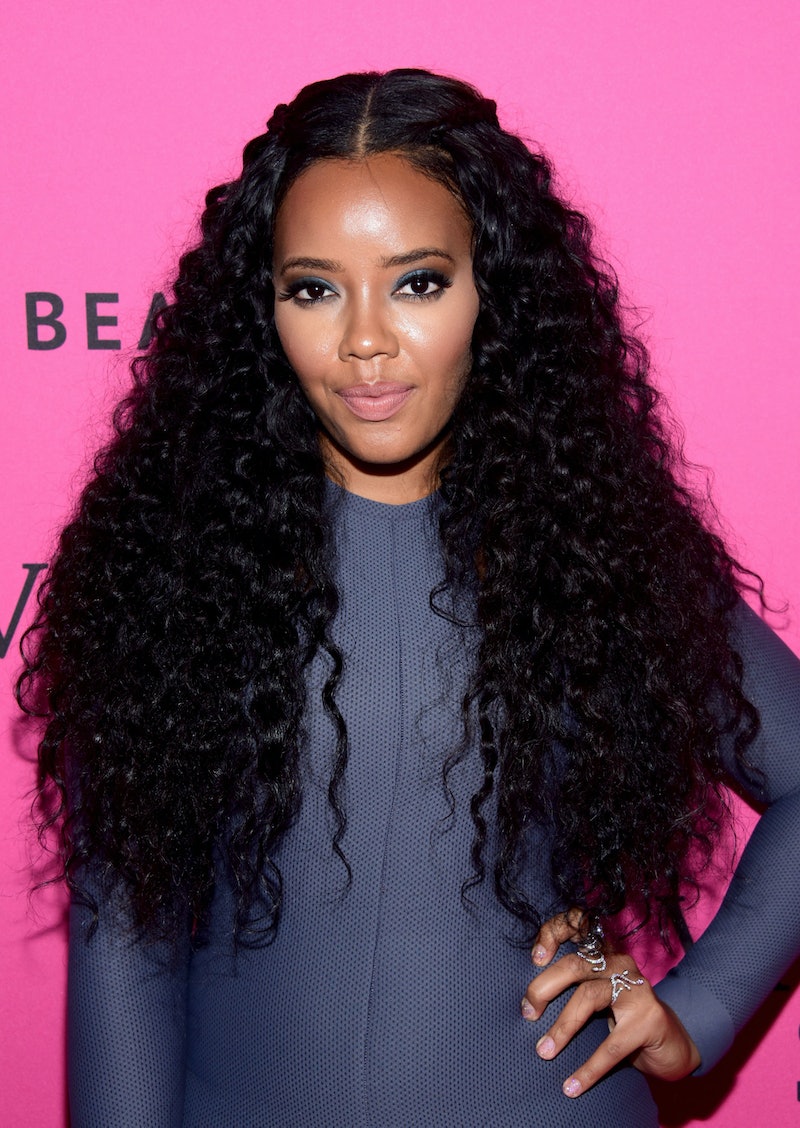 Everyone get ready for some opulence, because the premiere of Growing Up Hip Hop on WEtv is upon us. People may be surprised to see that there are some semi-familiar faces mixed in with the rest of the hip hop royalty's offspring. If anyone remembers a show on MTV that ended somewhere in 2009 called Run's House, then you probably recall Rev Run's daughter, Angela Simmons. Even back then, she was hustling to create a shoe line and get her own name/brand out there. Now that she's all grown up, Angela has launched her own faux fur line, Foofi & Bella.

Foofi & Bella is the seriously amazing brain child of Angela and former Team USA Olympic track & field gold medalist, Sanya Richards-Ross, as explained by the Examiner. The whole idea to create this line came from Angela's desire to show young girls and women that they should cjase their dreams and to be bold without apologies. That's a pretty amazing reason to get your creativity out there in the world. Angela also wanted to show people that you don't have to sacrifice style and looking good while still maintaining an ethical approach to fashion. The entire line is completely animal-product free, which I absolutely adore. Cruelty-free fashion should start to become the norm, rather than being seen as something unique, and this is a great start to the revolution.

Just to show you how amazing these cruelty-free clothes are, take a look at some examples of Foofi & Bella.

I think this jacket is gorgeous and the fact that it's made from completely faux fur makes it even better.

I can't even deal. I actually kind of wish I could rock this look.

Sure, yellow isn't for everyone, but somehow, this still looks badass.

Angela's co-creator rocks a fabulous faux fur vest and I am prepared to steal it directly from her. She may be an Olympian, but I need that vest.

It looks like there is a little something for everyone in the Foofi & Bella line, and if you're really intrigued, you can see some of the hard work that goes into it when Growing Up Hip Hop premieres on Thursday night.