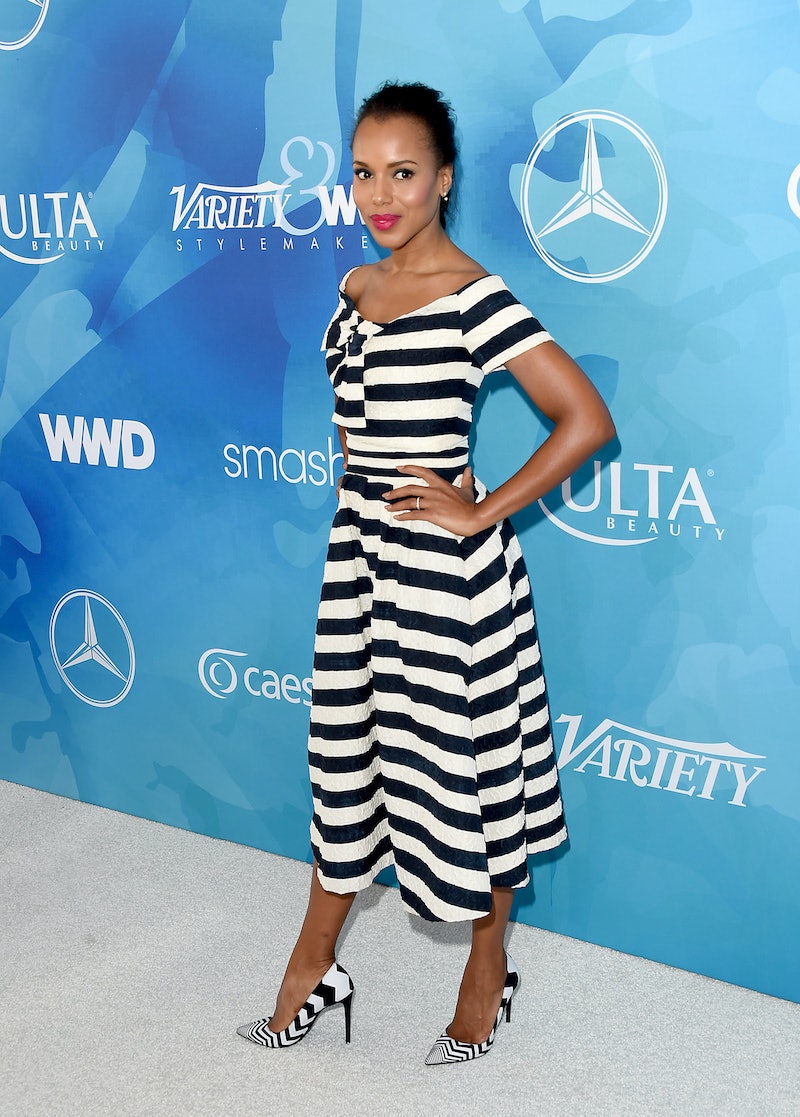 Believe it or not, Kerry Washington had roles in other movies and TV shows before her career-defining turn as Olivia Pope in ABC's Scandal. It's hard to imagine the actress as anyone but the brilliant-but-vulnerable Washington, D.C. political fixer, but she didn't always live and work in Shondaland. Fifteen years ago, Kerry Washington was in the film Save the Last Dance and proved she was awesome before she ever uttered the words "It's been handled" to her band of gladiators. Back in 2001, she played Chicago teenage single mom Chenille Reynolds in

the Last Dance in one of her first major acting roles.

If you forgot the plot of the movie, Julia Stiles starred as Sara Johnson, a dancer who gives up on her dream of becoming of attending Julliard after her mother's death and transfers to an inner city Chicago high school, where she falls in love with dance again — and the studious Derek Reynolds (played by Sean Patrick Thomas). Their interracial relationship causes a bit of a stir and Washington's Chenille occasionally intervenes as Derek's sister and Sara's friend.

"Save the Last Dance was my first big studio film and it was really exciting," Washington said in a video interview with Parade magazine. "I don't think anyone of us really knew what a huge hit it was going to be, but we were all really driven to tell an important story regardless of how it did commercially."

Here are some of Washington's finest moments as Chenille from Save the Last Dance that prove she was always the greatest.

Save the Last Dance is a dance movie and clearly Chenille knows what she's doing on the dance floor, too.

When She Told Off Eternal Teen Bianca Lawson

Actress Bianca Lawson has been playing teenage characters for the past 15 years, including in Save the Last Dance. In the movie, she plays mean girl Nikki, who doesn't want to accept Sara into her world. Chenille, however, has a few choice words for her and handles it.

When She Tells Sara How The World Works

She's A Supportive Sister To Derek

Chenille only wants the best for her brother.

She Is The Best Mother She Can Be

Nothing will stop Chenille from being the best mother she can be to her young son. She lets her baby daddy know that in this deleted scene and won't take any excuses from him when he can't be there for their child.

She Always Had Style

Even before she wore Olivia Pope's white hat and fine threads, Washington had awesome early 2000s style as Chenille, too.

More like this
Rupert Grint Just Shared A *Major* Update About Ron Weasley’s Future
By El Hunt
'Abbott Elementary' Fans Probably Missed This 'Parent Trap' Easter Egg
By Sam Ramsden
Pamela Anderson’s Dating & Marriage History Could Be Its Own TV Series
By Jake Viswanath
At 28, Rosie Perez Risked Her Career To Stop Playing Stereotypes
By Gabrielle Bondi
Get Even More From Bustle — Sign Up For The Newsletter
From hair trends to relationship advice, our daily newsletter has everything you need to sound like a person who’s on TikTok, even if you aren’t.