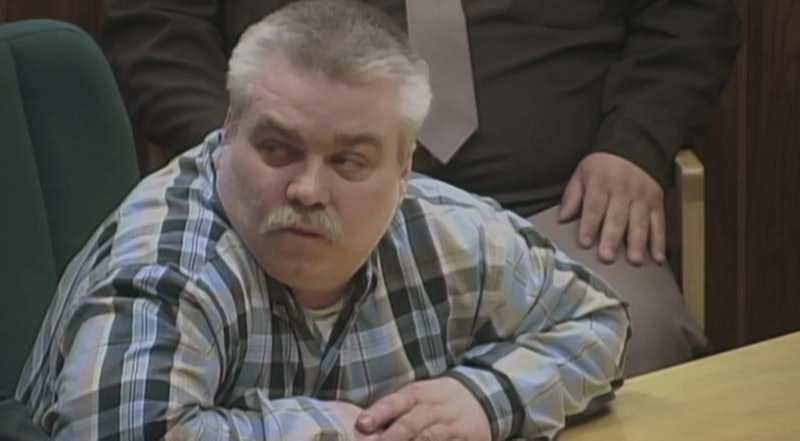 In Nancy Grace's special on the Netflix series Making a Murderer, prosecutor Ken Kratz said he's received 3,000 emails, most of them "insulting" and some of them "threatening," since the show aired. Kratz, of course, prosecuted the case that landed Steven Avery a life sentence for murder; Avery has consistently maintained that he's innocent. To illustrate to viewers how rough life has been since the show's conclusion, Kratz also claimed he was glitter-bombed, and that this caused "significant damage to our office equipment."

Grace, who says she thinks Avery is guilty, interviewed Kratz on her show, and asked him how many death threats he'd received since the conclusion of Making a Murderer.

"3,000 emails," Kratz replied, though he didn't clarify if every one of them was a death threat. "Most of them are insulting in nature. A good portion, however, are not only threatening but threatening to the point of including specificity. We had a package that we received last week that exploded in our office. And although it only exploded glitter, one of those glitter bombs, it caused significant damage to our office equipment."

Making a Murderer and the series of events it documents have become national sensations. While much of the show focuses on legal minutiae, the broad strokes of the story are quite simple. In 1985, then-22-year-old Avery was convicted of assault, sexual assault, and attempted rape. After spending 18 years in prison, a newly-performed DNA test exonerated him, and he was released. Not long thereafter, however, Avery was charged and ultimately convicted of an unrelated murder, and he’s now in prison once again.

The allegation throughout Making a Murderer is that law enforcement officials in Wisconsin framed Avery for murder, planting evidence, manipulating witnesses, and otherwise fabricating the case against him. The show details many suspicious details surrounding both of Avery’s convictions, particularly regarding the role of the Manitowoc County Sheriff’s Office, and that’s left a lot of people seriously doubting Avery’s guilt. The sheriff’s office has denied all allegations of wrongdoing.

The investigation ensnared several members of Avery’s family, including his then-16-year-old nephew, Brendan Dassey. When interviewed by investigators, Dassey confessed to having assisted Avery in carrying out the murder. Dassey’s defense team alleged that he was coerced into making that confession, and cited Dassey’s IQ, which was estimated to be between 69 and 73 and thus straddles the cutoff for intellectual disability. Nevertheless, Dassey was convicted and sentenced to life in prison.

Nancy Grace is not convinced of Avery’s innocence. She is, apparently, convinced that he’s a murderer, and this live special is, in part, her attempt to convince the American public that this is the case.