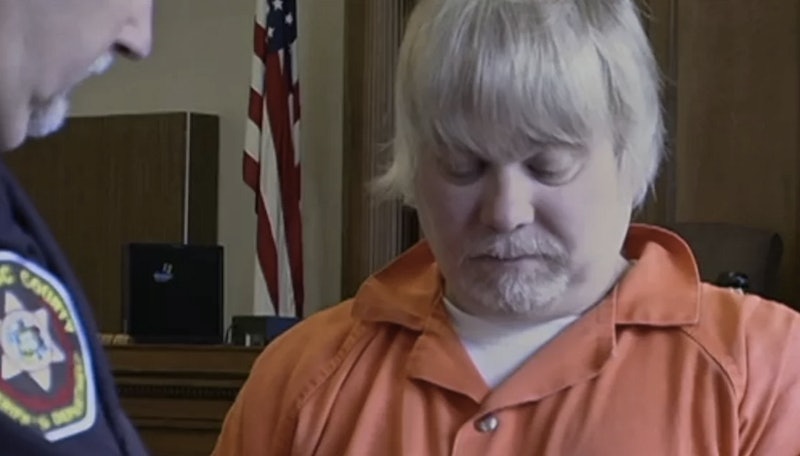 On an episode of her show focused on Making a Murderer subject Steven Avery, Nancy Grace alleged that a "mountain of forensic evidence" implicates Avery in the murder of Teresa Halbach, and accused Avery of plotting the crime while incarcerated on a previous charge. Grace claimed that DNA evidence demonstrates Avery's guilt, and claimed that he "planned his dream torture chamber" while in prison on his original conviction. Grace also explicitly stated that Avery "killed her." Avery has consistently maintained that he's innocent.

"Steve Avery's blood was found in six different places in Teresa Halbach's vehicle," Grace said. "Avery's sweat was found under the hood of Teresa's car. Oh yeah, he was sweating! He molested her, killed her, dismembered her body, burned her body. I guess she was sweating."

Grace said this amounted to "an avalanche of DNA and forensic evidence against Avery," and went on to say that, when Avery was in prison on his 1985 wrongful conviction, he "planned his dream torture chamber" for Halbach. Avery has alleged that the evidence appearing to implicate him was planted on the scene.

Making a Murder became an enormous hit almost immediately after its premiere. For the uninitiated, the show focuses on Stephen Avery, a Wisconsin man who served 18 years in prison on a rape conviction before being exonerated by DNA evidence. He was released from prison, but shortly thereafter, he was charged with murdering an unrelated woman. Avery was convicted of that crime, and is now serving life in prison.

What’s captured the public’s attention is the possibility that Avery was framed by law enforcement for the murder. Making a Murderer, as evidenced by the title, strongly suggests that this is the case; the theory, broadly speaking, is that the Manitowoc County Sheriff’s Office had an ax to grind with Avery after Avery filed a multi-million-dollar lawsuit against the county after his wrongful imprisonment. The show casts suspicion on the sheriff’s office’s conduct during the murder investigation, and essentially implies that their case against Avery was retribution for his lawsuit against the county. The sheriff’s office has denied any allegations of wrongdoing.

A key player in the investigation is Avery’s nephew, then-16-year-old Brendan Dassey. During the investigation, Dassey gave a statement indicating that he had witnessed and assisted Avery in murdering the victim. He was convicted and sentenced to life in prison; however, Dassey has an estimated IQ of between 69 and 73. The cutoff for intellectual disability is considered to be around 70, and Dassey’s defense team argued that he was coerced into the confession and didn’t fully understand the situation he was in.

Many are convinced of Avery’s innocence, and a petition demanding his release gained enough signatures to warrant a response from the White House, which ruled out a presidential pardon on the grounds that Avery was convicted of a state offense, not a federal one.