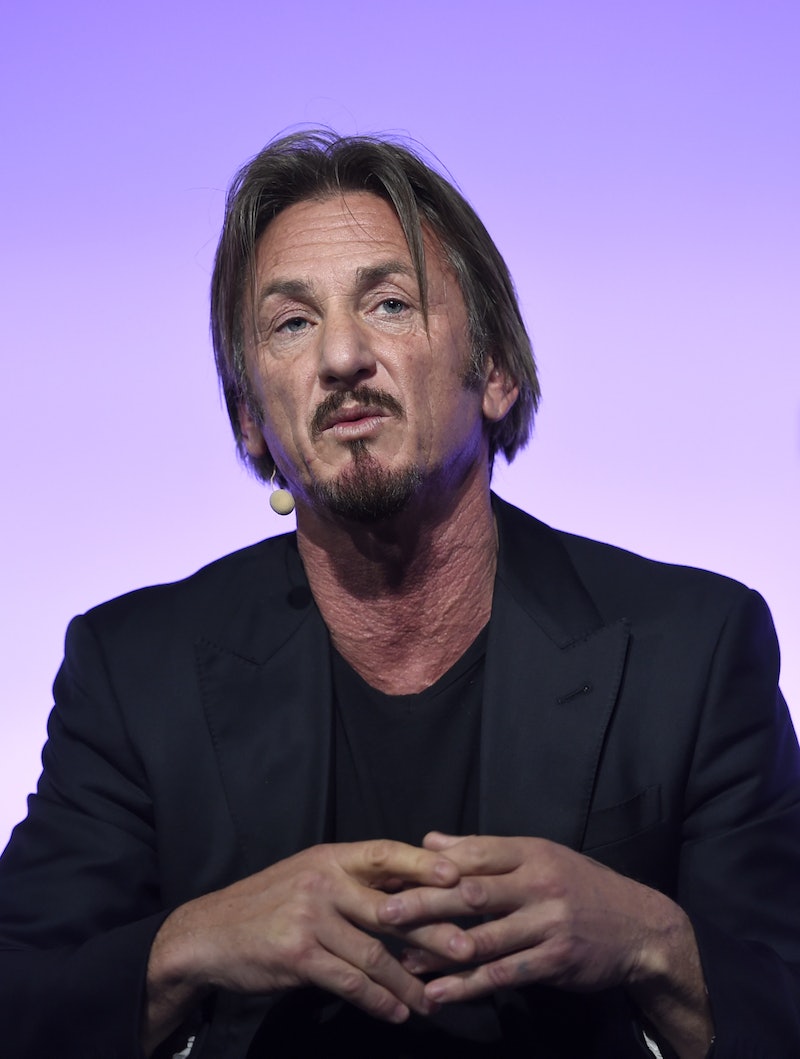 Here's an interview you probably never thought you'd see, and you couldn't be blamed for that: Sean Penn secretly interviewed Joaquín "El Chapo" Guzmán for Rolling Stone, and it was published on Saturday. The notorious Mexican drug lord's life, crimes, and escape from prison seized widespread public attention last year, before his life on the run came to an end on Friday, with Mexican authorities announcing he'd been captured. But between those two incidents, in October, he ended up meeting with the Academy Award-winning actor in a secluded jungle clearing.

As The New York Times detailed, the interview (which is sprawling, and intertwined with Penn's own observations and stories of seeking out the high-profile fugitive) was notable in that El Chapo admitted to his ownership of one of the world's biggest drug cartels, contrary to his protestations to reporters in 1993 that he was just a corn and bean farmer. This isn't news to international law enforcement, obviously, but it's a direct admission from the man himself all the same. Specifically, El Chapo told Penn about his dominance over the global supply of heroin, meth, marijuana and cocaine. Penn characterized his attitude as "entirely unapologetic," although it's worth noting that he clearly doesn't mean this as a criticism.

I supply more heroin, methamphetamine, cocaine and marijuana than anybody else in the world. I have a fleet of submarines, airplanes, trucks and boats.

He also claimed that "all I do is defend myself, nothing more." That's not a claim that's likely to earn him much leniency now that he's been arrested and detained, however ― he currently faces extradition to the United States, something he eluded during his last stay in a Mexican prison where he staged his dramatic escape via underground tunnel. Needless to say, if he ultimately ends up in an American prison, there's going to be a lot of attention paid to anything going on in his cell.

The Times also observed some aspects of Penn's account that could be highly problematic for the Mexican government and its authorities ― specifically, he reports being ushered along a route flush with military personnel who appeared to recognize El Chapo's son, which suggests some level of awareness or protection of the kingpin's location. At the same time, however, there's some reason for El Chapo to feel embarrassed too ― Mexican authorities have claimed that the drug kingpin's desire to be the subject of a biopic was what ultimately exposed his location.