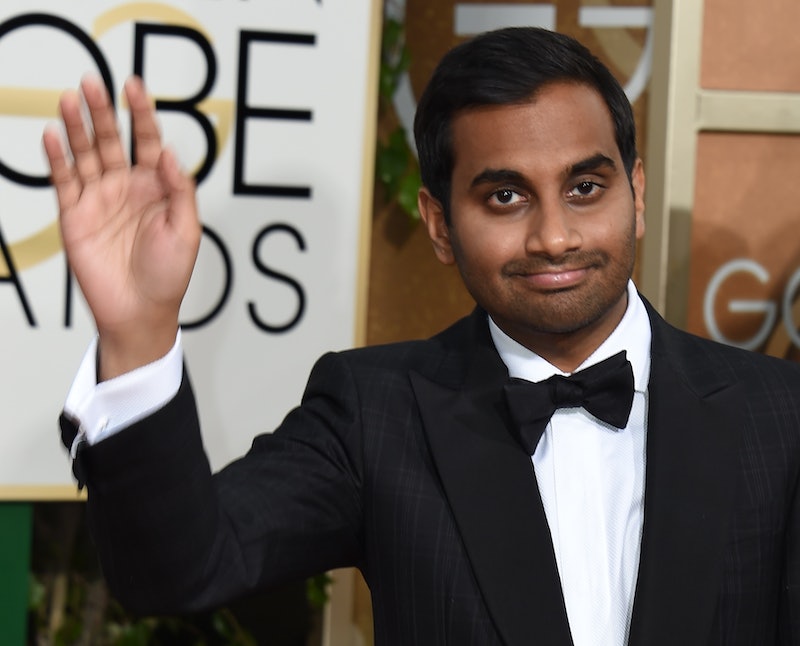 Aziz Ansari’s Master Of None is totally one of the best shows of the year. I love his parents, I love the plotlines, and I love how closely it portrays the life of an urban millennial (aka me). And yet when Ansari was nominated for Best Actor In A Television Comedy Series, I was happy, but I knew he wouldn’t win. Why? Because Jeffrey Tambor, who is beyond killing it on Transparent, was also nominated. There’s basically no contest there, and the Master star definitely knew it — that’s why Ansari brought a book to the Globes called Losing To Jeffrey Tambor With Dignity.

Obviously, that’s not a real book—Ansari likely made a faux book jacket to put on a real hardcover. Still, it’s hilarious that he recognizes how he totally wasn’t going to win. He (and everyone else in the world) thought it was impossible to beat Jeffrey Tambor. The actor's performance as a transgender woman in Transparent is the talk of television, and has received deserved acclaim. It's not that Ansari’s role isn’t fun and that he’s not great in it (he’s basically playing a version of himself), but it’s just not as meaty, and as the Globes made clear, definitely not as award-worthy, as Tambor's. As for the other men nominated in the category — Gael Garcia Bernal for Mozart In The Jungle, Rob Lowe for The Grinder, and Patrick Stewart for Blunt Talk — they also weren't people who anyone really thought were going to win the Globe, despite their great performances in their respective shows.

Yet as it turns out, we were all wrong — Jeffrey Tambor didn’t even win the award! I know, I know — I was just as shocked as you all were. Instead, Garcia Bernal won for Mozart In The Jungle, which is an Amazon Streaming show like Transparent, albeit much less-known by the public. Since Mozart also picked up the award for Best Television Show, Musical or Comedy, I’m pretty sure that that show is going to show a very large uptick in streaming in the coming weeks. I just love a twist of fate like that, although I am sad that Ansari's great book didn't end up being of any use. Oh well — there's always next year.