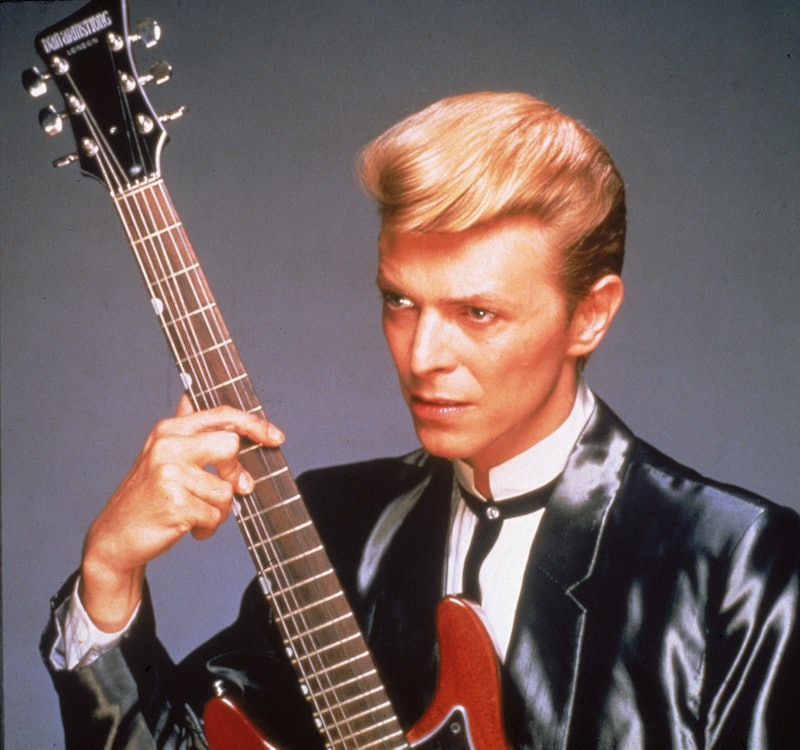 In sudden news, famed British singer David Bowie died Sunday, according to his official Facebook page. He was 69, having just celebrated his birthday two days earlier. Known for his androgynous style, Bowie was an icon within the LGBTQ community and widely renowned as a rock and roll legend, winning awards and accolades for his experimental sound.

In a statement, his official Facebook account said, "David Bowie died peacefully today surrounded by his family after a courageous 18 month battle with cancer. While many of you will share in this loss, we ask that you respect the family’s privacy during their time of grief."

Bowie first emerged on the music scene in the late 1960s, but it wasn't until 1972 with his alter-ego Ziggy Stardust that he exploded onto the charts with his single "Starman." That kind of reinvention would come to define his decades-long career as his music traveled across the pond to American audiences, and successful dance albums like 1983's Let's Dance reintroduced him to new fans. A Rock and Roll Hall of Fame inductee, Bowie has sold 140 million records world wide. Bowie also ranked 39th on Rolling Stone 's "100 Greatest Artists Of All Time" in 2004.

Bowie leaves behind his wife, Iman, and two children, one of whom was from a previous marriage to Angie Bowie. Our thoughts are with his family and loved ones.

More like this
Beyoncé Might Be Plotting Secret Intimate Gigs In The UK
By El Hunt
Beyoncé Sent Flowers To “Masterpiece Genius” Madonna After The “BREAK MY SOUL” Remix
By Grace Wehniainen
Lauv Is No Stranger To Taylor Swift, Drake, Ed Sheeran, & Fame
By Alyssa Lapid
Who Is Camila Cabello Dating? She's Getting Cozy With Lox Club CEO Austin Kevitch
By Radhika Menon
Get Even More From Bustle — Sign Up For The Newsletter