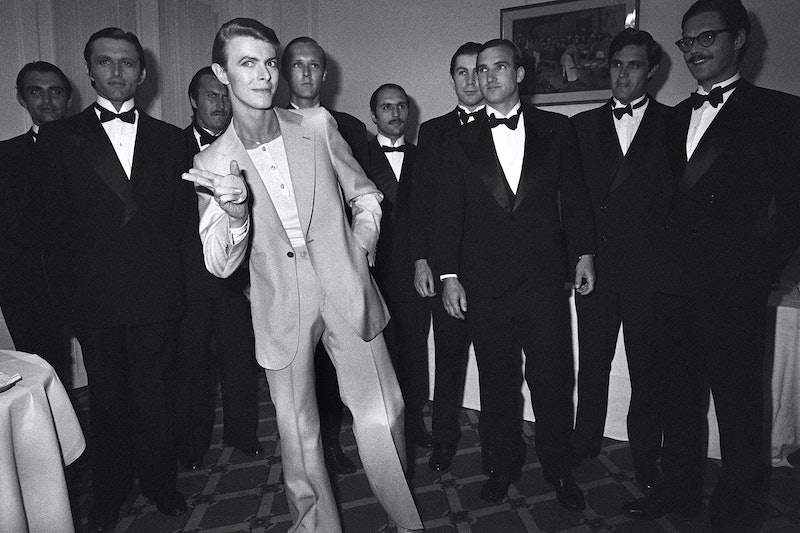 The music world is in mourning as news broke that legendary rock icon David Bowie died Sunday after battling cancer. He was 69, having celebrating his birthday and released his 28th album, Blackstar, just two days prior. His social media accounts confirmed the news , but rather than focus on his death, perhaps the best way to honor his legend is to look at Bowie's life in photos.

In a statement, his official Facebook account said the singer died peacefully in his sleep after an 18-month fight with cancer, and "while many of you will share in this loss, we ask that you respect the family’s privacy during their time of grief."

Born David Jones in Brixton, London, Bowie saw his first hit with "Space Oddity," and though his popularity waxed and waned with the time, he always figured out how to come back into the spotlight. With a career spanning five decades (and did I mention those staggering 28 albums), Bowie transcended the rock genre to become one of the most undefinable artists in history. His ability to reinvent his music and image became his ultimate calling card, and whether through "Space Oddity" or "Under Pressure," Bowie had a message for everyone. His most recent release, Blackstar , which relied on jazzier blues than in the past, even found favor with critics.

Take a look at the phenomenal life that belonged to David Bowie.

1973: Bowie's Final Concert As Ziggy Stardust (aka The Retirement Gig) At The Hammersmith Odeon in London

He would win two Grammys in his life: one for Best Video in 1985 and a Lifetime Achievement Award in 2006.

1983: Bowie Performs At The Rosemont Horizon Theatre In Illinois

1987: Bowie Teases His New Album, Never Let Me Down, In Toronto

1989: Bowie Signs Autographs To Fans During A Visit To His Home District Brixton, London

The pair married in 1992 and had one daughter together.

1997: Bowie Receives A Star On The Hollywood Walk Of Fame

2002: Bowie Performs In Irvine, California For His Heathen Tour

The couple was married for nearly 24 years at the time of his death.