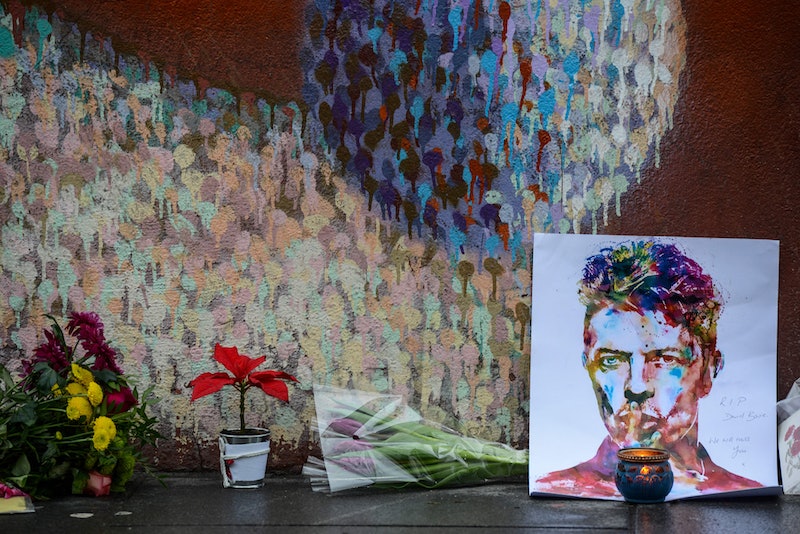 David Bowie was the sort of artist who not only appealed to people of all races, creeds, and genders, but also had a cross-Continental audience. David Bowie's legacy stands the test of time for millions, and his power to change lives was outstanding. His music hit home with Americans tapping their fingers on the dashboard of their cars, school dance teams performing upbeat space-like dances, and, hey, probably astronauts preparing to head up to space ("Ground Control to Major Tom"). Sure, we loved him in the US, but we've got nothing on the love for him across the pond. How is London reacting to David Bowie's death? As sad as you might be, the people of the United Kingdom are probably even sadder to have lost such a iconic hometown legend.

Bowie grew up in South London to an imperfect family, or if I'm being honest, a family that was the real normal. Having a family that dealt with strife is what makes him even more of an everyman, someone who deals with all the same sort of issues that we do. Though he was an eccentric artist, his eccentricities came from a place of sadness that we can all identify with; he just expressed it a different way. His ability to take the imperfections and turn them into something enjoyable for the masses is something that it would seem the British people could really get behind. So they, just like us former colonists, are expressing their grief in various ways.

Though Bowie spent his last years in New York, he grew up in Brixton and had his start as a musician in the United Kingdom, so, of course, the U.K. is showing their grief and erecting tributes in his honor. These tweets will bring a tear to your eye just when you thought you had none left on this tragic day.