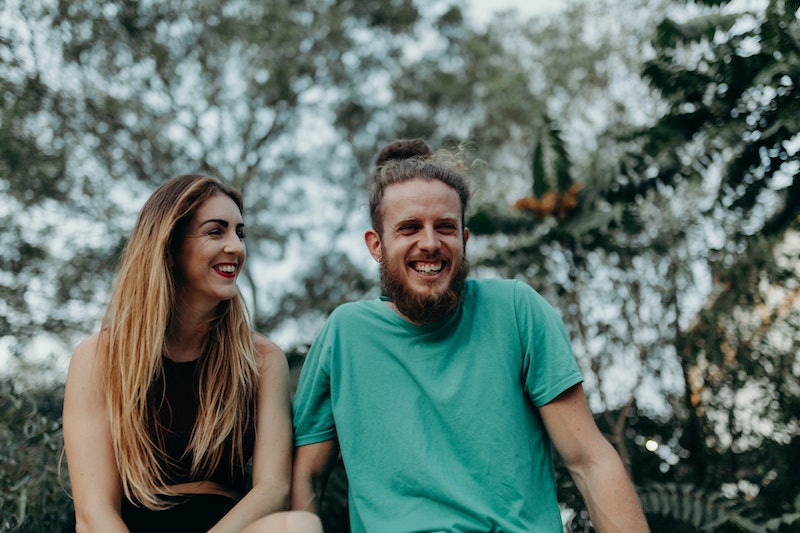 For those of us wondering whether our relationships have the “oomph” it takes to last, it’s important to consider some of the daily habits of successful couples. There are certain things that might seem obvious for a relationship’s success — including a mutual attraction to one another, and if you both share the same core values. However, there are many habits that the most successful couples do each day that help make their partnership so strong.

Sometimes I’m browsing through Instagram and see couples I know posing with a wide grin and clenching hug and think, “Aren’t they the same people I see out fighting at the bar every weekend?” Social media makes every couple seem like a happy one, when really only select people have found the trick to making love last and making a relationship incredibly successful.

The good news is that these truly happy couples seem to follow many of the same habits every day in order to make sure their relationships stays strong. It’s not to say these folks don’t have ups and downs. All relationships have that roller coaster feeling every once in awhile. However, these people seem to have found the trick(s) to overcoming the bad and celebrating the good in ways that land them in a really happy place.

Here are nine daily habits of successful couples. These should hopefully provide you inspiration in your relationship (or alert you to a lack of these things in your current partnership).

I know, I know — some people just aren’t funny. I’ve definitely dated people that it’s difficult to even get a slight rise out of them, let alone a full-blown laugh every day. The point here is that any good and long-lasting relationship shouldn’t be super serious at every moment. In fact, according to a study out of the journal Personal Relationships, laughing with a romantic partner keeps the feelings of love going between the two. There you have it: Not only is laughing good for you, it makes your relationship good as well.

If you find that in your relationship things are always your partner’s way or the highway (or oppositely, things always need to be your way), you two might be setting yourself up for disaster. The purpose of being in a relationship is being open to the idea of meeting the other person halfway. For those super successful couples, they’ve mastered this. According to WebMD, they know the importance of compromising, per University of Michigan social research professor Terri L. Orbuch, and when to do it. There should be room for each of you to get what you want from time to time.

3. They Compliment Each Other

I freakin’ love getting compliments from a significant other. It makes me feel downright amazing. I once had a boyfriend who told me I looked beautiful even when I’d show up to his house straight from the gym, or with a stomach flu and wearing sweatpants. Likewise, I’d compliment him often. There were other parts of the relationship that didn’t work, but that one did!

According to Ashley Davis Bush, LCSW, a psychotherapist who specializes in couples therapy in an article for PsychCentral.com, successful couples are those who don’t cloud the relationship by taking each other for granted. Bush suggested that to be a successful couple, partners should try to look for the good in each other, focusing on the good things they do versus the things they don’t do, and offering compliments and “thank you’s” regularly.

4. They Support Each Other In Good & Bad Times

According to Kali Rogers, Founder and CEO of Blush in an article for Huffington Post — an online life coaching company for girls, happy couples are those who come to each other for comfort, support and advice. Rogers said, “They respect each other's opinion, and trust that they are being heard. These couples know that whatever they're going through, their partner will understand. Or at least try to.”

5. They’re Honest With Each Other

This should come as a no-brainer, but trust is a huge part of whether a relationship has the power to succeed or not. As part of a happy and successful pair, each partner should feel as though their partner is truthful with them each and every day, according to PsychCentral.com. Successful couples don’t swell on the little white lies (after all, when dating white lies could certainly pop up here and there), but rather the big ones. PsychCentral.com noted happy couples don’t have an ongoing sense of question or doubt when it comes to their SO.

I have countless pet peeves (sad, but true!), but topping the list is when I’m talking to someone and they aren’t listening to anything I say. This infuriates me most when it’s a significant other who isn’t listening. It shouldn’t come as much of a surprise to learn that a simply habit of those in a successful relationship is that they listen to each other. According to marriage therapist Carin Goldstein, LMFT in an article for Self, it’s important to hear the other person out. Couples who ace the problem-solving hurdle are those who listen to each other and strive to understand where the other person is coming from.

7. They Apologize When Necessary

The happiest couples know when to say sorry, and how to say it to show they really mean it. According to Laurie Puhn, author of Fight Less, Love More in an article for Fox News, explaining the reason you’re sorry shows that you understand the issue at hand and why your partner feels hurt. Puhn said using the word “because” after “I’m sorry” makes quite a difference, and for successful couples is supplemented by an explanation of what you will do to prevent the wrongdoing from happening again.

8. They Spend Time Together

Take a look around you at the truly happiest couples you know. Chances are they are the same ones who enjoy spending time together. According to love and relationship site YourTango.com, former Beatles member Ringo Starr once said one of the secrets to his long-term success with his wife of more than three decades is that they “spend a lot of time together.”

9. They Try Their Hardest To Make The Other Person Happy

My parents were high school sweethearts and today, well into their 50s, they’re both still madly in love with each other and have one of the most successful relationships I’ve ever even heard of, TBH. I asked each of them separately what is the key to making it work, and — without knowing the other person’s answer — each of them said a variation of, “I try my hardest to make your mother/your father happy.” If it’s true love, it makes sense that you would want the very best for the other person. In a sense, if they’re happy, you’re happy.

If you're evaluating whether your relationship has what it takes to be successful in the long-run, consider the points mentioned here. If you and your partner have similar daily habits to these, you could be in for a very long and happy relationship!

Editor's note: This piece was updated from its original version on July 9, 2018.