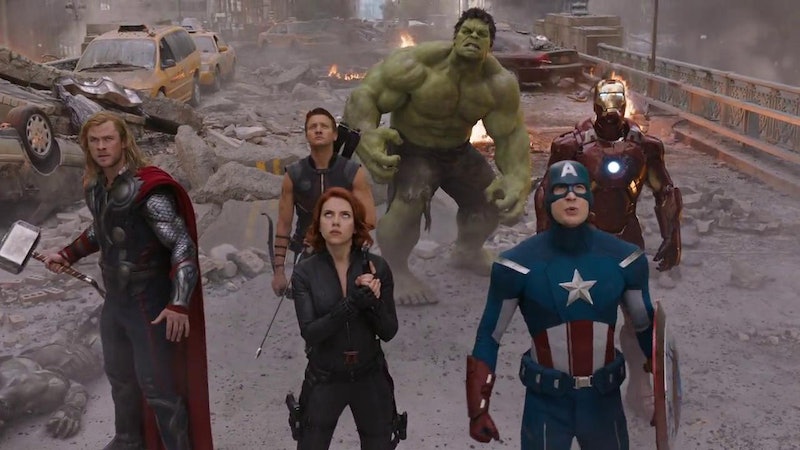 The Avengers as you know them are about to change. What started out as Iron Man, The Hulk, Captain America, Thor, Black Widow, and Hawkeye has been turning into something much bigger over the years. In fact, with the recent introduction of Ant-Man, The Avengers: Age of Ultron's Scarlet Witch, the upcoming Spider-Man reboot, and more, it's hard to figure out who's actually an Avenger and who's not. That's why it really is no surprise that a full-blown war between the heroes is set to take place in this summer's release of Captain America: Civil War. And, according to a multiple Marvel movie director, Joe Russo, the entire scope of who makes up the Avengers is going to change by the time The Avengers: Infinity War, Part 1 is released 2018.

But, what role will Civil War play in the overall scope? It seems like speculation is all we can rely on right now.

"Everything is finite, right? Nothing can last forever. It's cyclical. Some new Avengers in phase four are going to become prominent and then maybe some Avengers might not be around anymore," Russo shared in regards to The Avengers: Infinity War at the Wizard World Comics Convention in New Orleans, according to ComicBook.com. "So, we'll see how all this plays out but you have to treat every character with respect. I think it's interesting that if you've seen four or five movies with the lead character having an arc, I want to see some storytelling from some of the secondary characters."

Wait... so does that mean that eventually even Iron Man can fade?! As the actors get older, their story lines wrap up and new characters evolve, so it's possible that anyone can — yes, even Iron Man. To a point where Russo even says that, "the supporting Avengers are going to become primary Avengers." Which makes sense because, well, there's only so many characters you can fit on one movie poster.

However, here's my big question: What is going to happen in Captain America: Civil War in order to set in place the new line-up of Avengers? Honestly, I wouldn't be surprised if we faced anything from character death or just someone deciding to hang up their superhero suit for good! According to CinemaBlend, characters such as Hawkeye and Captain America himself could be on the outs. Because, well, in a war there's always going to be fatalities. And what adds to this major death speculation more? The cast has not yet been posted for who will be appearing in the first of the two-part Infinity War films.

So, what does all this mean? Well, for one thing, it means that the Marvel Cinematic Universe could literally go on for decades at this rate. With the creation, destruction, and personal story lines of a constant stream of heroes, new material is always a possibility. However, what it really means is pack your tissues when you go see Captain America: Civil War this May. Because, odds are, there's going to be some tear-shedding moments.