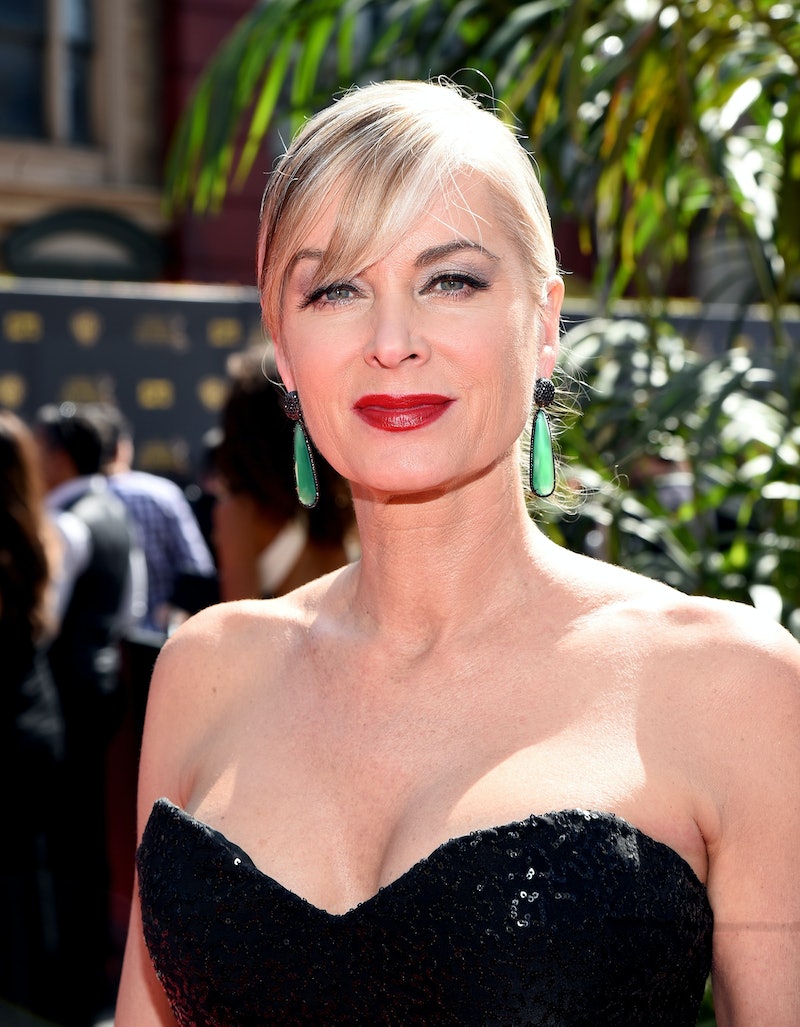 The Real Housewives franchise is nothing without drama. Sometimes, drama can stem from the smallest things — see: abandoning your friend at a Hamptons hotel — to confrontations about rather serious and personal situations. On Real Housewives of Beverly Hills , Eileen Davidson became upset with Lisa Vanderpump after being "interrogated" by the restauranteur about her previous marriages. All par for the course, if you ask me.

Personally, the biggest takeaway from the "confrontation" — which is a very loose word for what really happened — is that Lisa Vanderpump clearly hasn't read Eileen Davidson's bio or "Personal Lives" section on Wikipedia. She knew nothing about Eileen! She didn't even know how many times Eileen was married. (Three, the answer is three.) The women somehow got onto the topic of divorce, always a fun dinner conversation and Eileen's past marriages came up, specifically how she met her current husband.

Everyone at the table seemed a bit uncomfortable by the conversation. Kyle didn't want to say the "a-word," while Lisa didn't really have a problem using the word "affair." Eileen didn't seem too phased by the conversation at the time, although later on in the episode, she made a point of saying she was still frustrated with Lisa's "interrogation" of her. Even later on in the episode, Eileen shared her feelings with Lisa Rinna, noting that Lisa V. is a smart woman and might have known what she was doing.

Personally, I think Lisa has a way with conversations that seem rather abrasive, even if she doesn't mean to come off judgemental or strong. I don't think she meant anything by the comments and questions she was saying. With that said, Eileen is completely entitled to have whatever reaction she wishes about her life. If she feels Lisa came on too strong on, then she is allowed to feel like that. Moving forward, maybe Lisa is not someone Eileen will want to talk about her marriage with. Nothing wrong with that. Moving on.