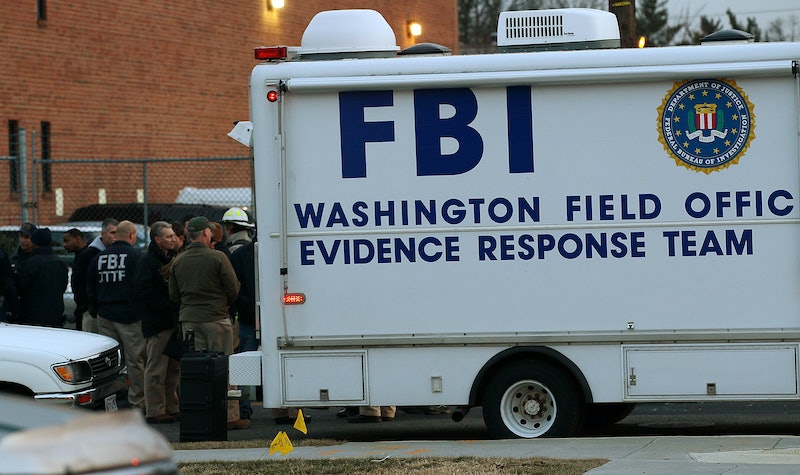 The charges range from conspiracy to identity theft, and prove that Moore and Evans built their nudie pic empire on stolen images from personal email accounts and cell phones. Once a jilted ex-boyfriend had submitted the original “revenge” image, Moore would pay Evens to hack into the victim’s personal accounts to round out the humiliation of who knows how many young women.

At Gawker, Sam Biddle also points out that complaining to Moore about stolen nude pictures usually resulted in further humiliation, including the posting of public information online. “When Moore's victims complained,” writes Biddle, “those messages (and personal information) were made public, creating a perpetual sadism machine that drew huge audiences online — impunity was just as much Moore's calling card as naked people.”

I’d like to think that there is some relief in Moore’s arrest, but there are thousands of other scumbags who love to post risque photos of women who thought they were sending them in confidence. This does, though, set an important precedent for predatory dudes who think it’s okay to hack into their ex-girlfriend’s email account and share private information and naked photos.

More like this
When Did Tamagotchi Come Out? In The U.S., 25 Years Ago
By Kaitlyn Wylde
The True Meaning Behind Each Hand Emoji
By Bustle Editors and Emma Carey
TikTok’s “5-9 Routine” Trend Is Here To Boost Your Productivity
By Courtney Young
Here's What The Face Emojis Actually Mean
By Bustle Editors
Get Even More From Bustle — Sign Up For The Newsletter