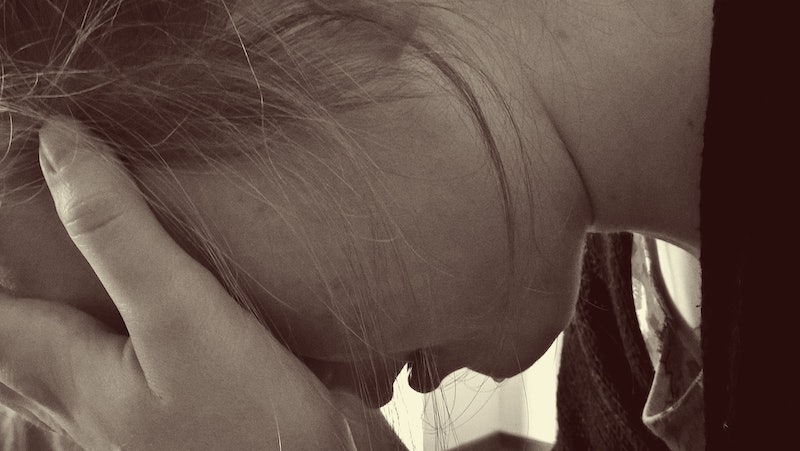 Gender inequality is all over the place: Work, education, relationships, and more. Now, a new report is finding that it even happens when seeking diagnoses for serious medical problems: According to the Finding Myself in Your Hands: The Reality of Brain Tumor Treatment and Care report from the Brain Tumor Charity, women with brain tumors are more frequently dismissed as attention-seeking, overly emotional, or tired. Furthermore, the report found that women are more commonly denied scans and have to see a doctor more times than men before they're given a diagnosis. Full disclosure: The report was developed in the UK, so we cannot assume that the situation is the same elsewhere; regardless, though, these findings are startling enough to warrant attention from all of us.

The Brain Tumour Charity has a goal to provide equal access to treatment and care for everyone, and to that end, they surveyed over 1,000 people in the UK — men and women — from all walks of life.The report found that women are twice as likely as men to wait over a year after first seeking medical help. Several women shared their experiences of what their doctors told them before they were accurately diagnosed. On at least her fifth visit, one woman said she was told she was just really tired; another woman said she was given antidepressants; and a third woman, who had spent three years looking for the right diagnosis (three years), said she was accused of looking for attention and using illegal drugs. All three of them, it turned out, were actually suffering from tumors.

Furthermore, men were more likely to be diagnosed within a year of their first symptoms, having to see a doctor only once or twice before being diagnosed. Women, on the other hand, often had to wait one to three years (and as many as five years) before getting a diagnosis, and had to see a doctor at least five times before receiving a diagnosis.

There's also a lag for low-income patients, who — similarly to women — wait longer for a diagnosis and have to see the doctor more times that higher-income patients.

The findings have shown that treatment and care of these patients needs some serious work overall. Participants shared experiences of their doctors refusing to make referrals to specialists who could provide a diagnosis, cases of misdiagnosis and symptoms being overlooked, and being accused of "faking it" — which kind of has me feeling like this:

The field of medicine is founded on science; and yet some medical professionals seem to be taking a more personal angle ("You're tired! "You're making it up!") when it comes to patients' concerns for their own well-being. The Brain Tumour Charity is working to not only close the gender and income gaps in access to speedy medical attention, but improve the overall treatment for patients everywhere.