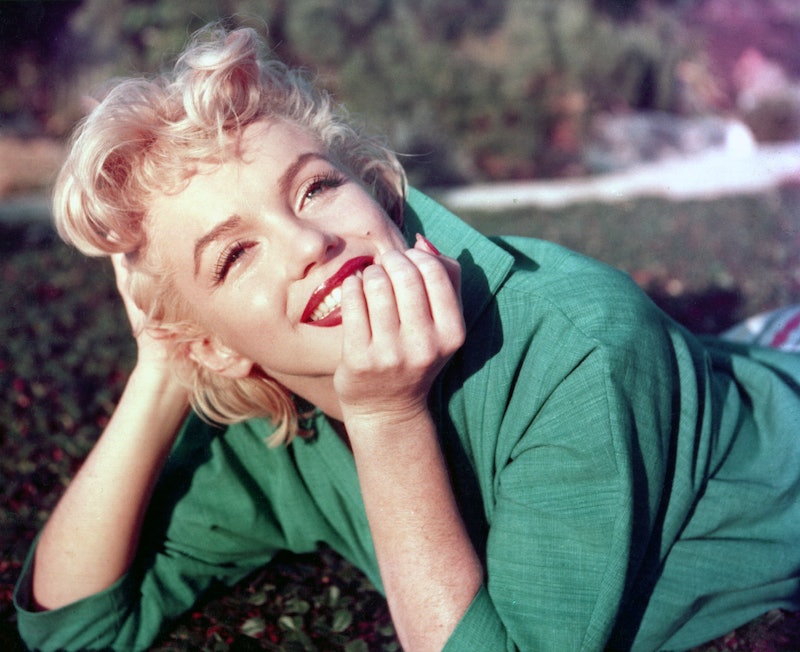 Most beauty lovers have a special place in their heart for anything and everything vintage beauty. From the dramatic silent movie actresses to the beauty shots of Marilyn Monroe, Elizabeth Taylor, and the like, Old Hollywood is an ultimate source of inspiration. Not to mention all of the amazing ads beauty companies used to put out, occasionally featuring some badass ladies. Makeup seemed so much simpler back then — pure and clean compared to a time of Kim Kardashian contouring and Kylie Jenner lip plumping. It seems almost as if women were simply born with symmetrical faces and perfect pin curls. But, as it turns out, there are some techniques the old school beauty queens used that will make us grateful to just be contouring.

While some vintage makeup hacks are good as gold, some of them are pretty unbelievable. From their complicated makeup techniques to less-than-conventional grooming, achieving the seemingly simple vintage beauty looks was anything but simple. I know that figuring out the full face contour may seem like your personal Everest at the moment, but these vintage trends will make you feel better about only needing to deal with a little matte bronzer and highlight.

Obviously we're all about the bold brow right now but it was not always so. Stars like Mae West, Marlene Dietrich and Jean Harlow used to fully shave their eyebrows just to draw them back on with liner, according to Huffington Post. It's hard enough drawing smooth liner with your eye shape as a guide; I can't imagine needing to freehand perfect skinny arches in the middle of my face.

Before the days of overdrawing lips, there was underdrawing lips. Clara Bow and similar flappers of the 1920s and '30s used to make their lips look almost pursed by thinning their lower lip and raising their upper lip with some concealer and lipstick magic. According to The Smithsonian, they even used to use lip stencils on occasion.

Back in the 1940s, pin up Rita Hayworth had a few interesting tactics for getting her signature look. In addition to frequent and involved hair coloring processes to get her signature red hair, she also used to have her hairline raised an inch through many electrolysis treatments, according to Daily Mail. Seems like way too much upkeep to me...

Since we live in the era of contouring, it's no surprise that lip contouring is making an appearance too. However, this isn't a new technique: Vintage beauty queen Marilyn Monroe was rumored to use up to five different products including red lipliner, lipsticks and lip gloss to achieve her iconic pout.

For anyone who has tried to replicate the classic Twiggy cut-crease with faux lower lashes you now how quickly it can go from a chic, mod look to a raccoon in the rain look. I've yet to find a liner brush skinny enough to let me achieve anything close to her signature look.

Before the days of cream and powder contour, celebrities used to find less traditional methods to fake the appearance of a slim and lifted face. According to The Daily Mail, German actress Marlene Dietrich would twist, pull, and pin her hair around her face to make her skin taught and sometimes even used tape to lift her face (a trick that became relatively popular). Dietrich was also rumored to have had her top molars removed in an effort to make her cheekbones even more hollowed.

While I concede that some of these vintage makeup hacks are creative to say the least, I think I'm going to stop complaining about swiping a little bit of bronzer around my face to give my cheekbones a little lift.