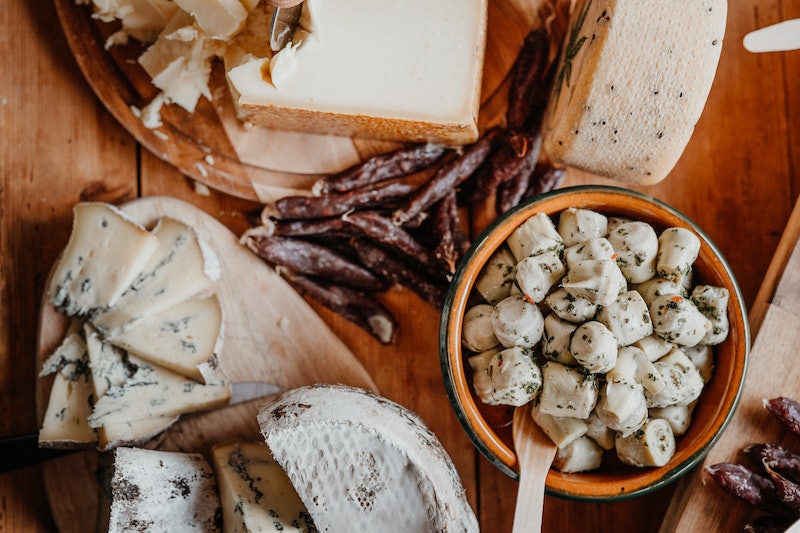 Here's some amazing news for cheese lovers: new research shows that cheese might kill cancer cells. Well, more specifically, a preservative found in cheese might be able to kill cancer cells. So not only should that give you faith for a better, disease-free tomorrow, it's also just further proof that cheese is the answer to all of life's problems. This new information was revealed by a genius study conducted by the University of Michigan. It discovered that a peptide called nisin, which is created by the bacteria Lactococcus lactis and is found in cheeses like cheddar, could be pivotal in finding a cure for cancer. The university reported that, "feeding rats a 'nisin milkshake' killed 70 to 80 percent of head and neck tumor cells after nine weeks and extended survival."

The results were published in the Journal of Applied Microbiology, which explained how "the application of nisin has advanced beyond its role as a food biopreservative." The nisin used in the experiment was hyper-concentrated, meaning it was about 20 times the amount of what you'd find in your food (although I'm sure you can use this information as an excuse to just start eating 20 times the amount of cheese you normally do).

Dr. Yvonne Kapila, a professor at the University of Michigan School of Dentistry who worked on the study, says that "While promising, the results are small and in mice only, so it's too early to say if nisin will act the same way in humans." Regardless, it's still a groundbreaking discovery that could have a serious impact on disease treatment in years to come. As well as reducing tumors, nisin exterminates antibiotic-resistant bacteria, and as yet, there are no known bacteria that are resistant to nisin, which means that it could help eliminate the risk of bacterial infection in cancer patients.

The University of Michigan and Dr. Kapila intend to continue studying nisin, and take tests to clinical trials in an attempt to use the preservative to fight cancer in humans. So, watch this space for more news. Meanwhile, why not stick some cranberries and almonds in a wheel of brie, throw it in the oven, split a bread stick, and have a snack?