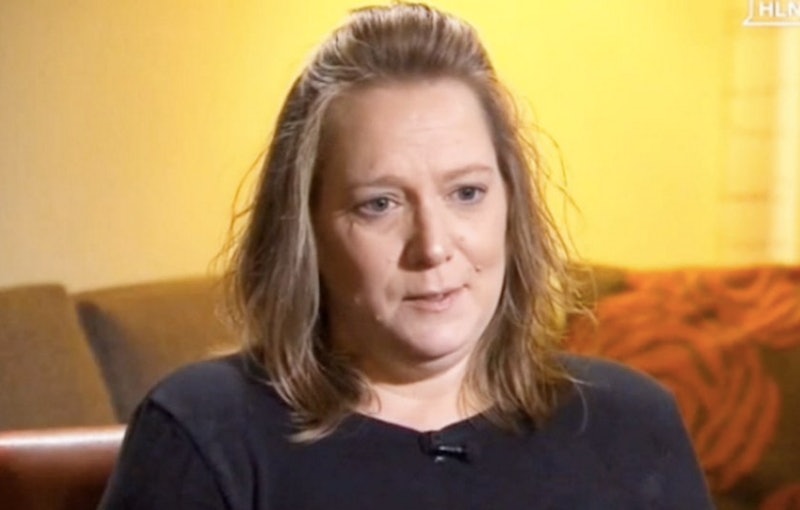 Speaking on Nancy Grace's TV show Wednesday, Wisconsin woman Jodi Stachowski described a volatile and violent coexistence with her ex-fiancee, Steven Avery, the subject of Netflix's docuseries Making a Murderer. Stachowski goes on to assert that Avery is guilty for the 2005 murder of Teresa Halbach, and repudiates her defense of him in the series — which she said was made under duress, and that she feared for her safety if she didn't make Avery look good for the cameras.

Stachowski appeared on Grace's HLN show to recant her earlier support of her former fiancee, claiming that Avery had threatened her with escalating abuse, and that this eventually drove her to ingest two boxes of rat poison "just so I could go to the hospital and get away from him."

He beat me all the time, punched me, threw me against the wall. I tried to leave; he smashed the windshield out of my car so I couldn’t leave him.

Stachowski claimed to be fearful of her "Dr. Jekyll and Mr. Hyde"-like fiancee. The startling claims were contrary to her statements given to Making a Murderer filmmakers Laura Ricciardi and Moira Demos. The docuseries has given many a sympathetic view toward Avery's claims of innocence in Halbach's death. But Stachowski said that she moved out of Manitowoc County, Wisconsin, and ended her relationship with Avery because of police scrutiny from the case.

He told me how to act. He said smile, be happy. I didn’t know what to do. I didn’t want to get hurt.

Perhaps Stachowski's most chilling allegation made was that Avery told her that "all bitches owe him because of the one that sent him to prison the first time," referencing his 1985 wrongful conviction for the sexual assault of Penny Beerntsen. This seems to suggest that the years Avery unjustly spent behind bars created a violent streak in him. Stachowski claimed that Avery broke her car windshield, tore their landline phone from the wall, and threatened to electrocute her by throwing a hair dryer into the bath during their time together.

Steven called me and told me that if I didn't say anything good and nice about him, I'd pay.

While it wasn't clear at what point, or points, over the course of Stachowski's involvement with Avery that he made these alleged threats against her and her family, by her account, she believed that if she didn't publicly vouch for his character, he would lash out. Should her allegations against Avery be substantiated, it would be yet another sordid twist in the real-life crime drama unfolding in Wisconsin, as the world struggles to come to terms with what happened to Teresa Halbach.