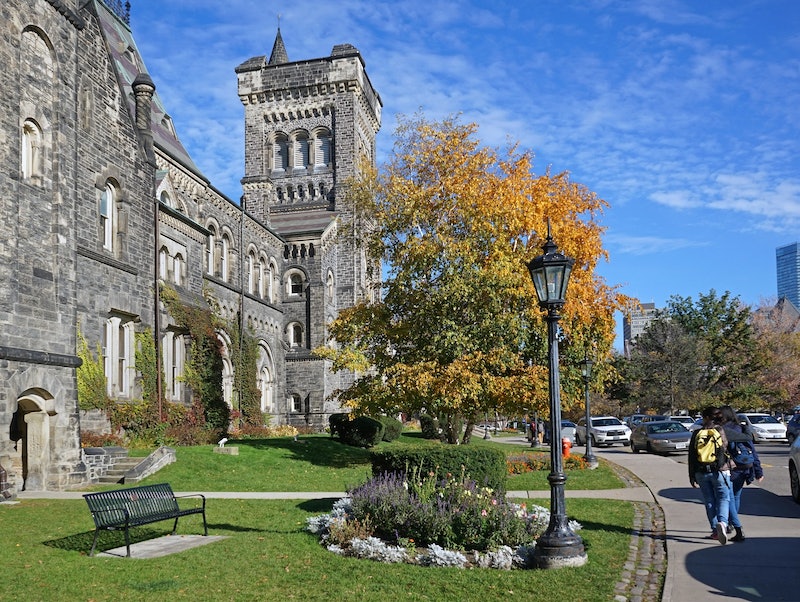 We all know that college is crazy expensive these days, but have you ever wondered from an international perspective where college was the most expensive? A new report from the World Economic Forum that looked at the average prices of tuition in U.S. dollars over the 2013-14 school year uncovered 10 countries where tuition costs students the most — and it's a little bit terrifying. The study looked specifically at students who were studying in their home country, so there's no mixing of international studying going on here... but I'm not really sure if that makes it any better.

Most of the countries who topped the list belonged to the Western world, which isn't exactly a surprise if you consider the increasing demand for higher education in these countries. In fact, the increasing demand is what has caused tuition costs to skyrocket in the first place: Simple economic principles dictate that the more in demand a product or service is, the more they can charge you for it. After all, if you want or need something desperately enough, you're going to be willing to endure high cost — at least in theory. Here, tuition is presented in terms of U.S. dollars, but thanks to the Internet, it's easy to convert the numbers into their native currencies.

Let's take a look at the top seven countries with the most expensive college tuition around the world according to this report. To see the full list, make sure to head over to the World Economic Forum.

New Zealand's neighboring country of Australia is the sixth most expensive country to attend college in, with the average tuition cost coming in at $4,473. That number is even higher when converted from U.S. dollars to Australian dollars, with the actual cost for Australian students being $6,399.

Canada is another pricy country to attend university in, with the average tuition in the 2013-14 school year being equivalent to $4,761 in U.S. currency. It's interesting to note that there are over 1.7 million students enrolled in college in the country, whose total population totals 35 million.

Attending college in Japan isn't cheap, as the average cost of tuition was equal to $5,152 in the 2013-14 academic year. Since education is such an integral value to Japanese society, it's surprising to see the cost to students being so high.

You know the United States had to fall on this ranking somewhere, right? This is the second most expensive country to attend college in across the world, with the average tuition being $8,202. This high cost has ultimately led to the student loan debt crisis that so many Americans are facing, with seemingly no way out.

The country with the most expensive college tuition is England, with the average student having paid the equivalent of $9,019 in the 2013-14 school year. This is thanks to the government continuing to raise their maximum cost of tuition over the years, which probably won't slow down anytime soon, with the increasing demand of higher education.