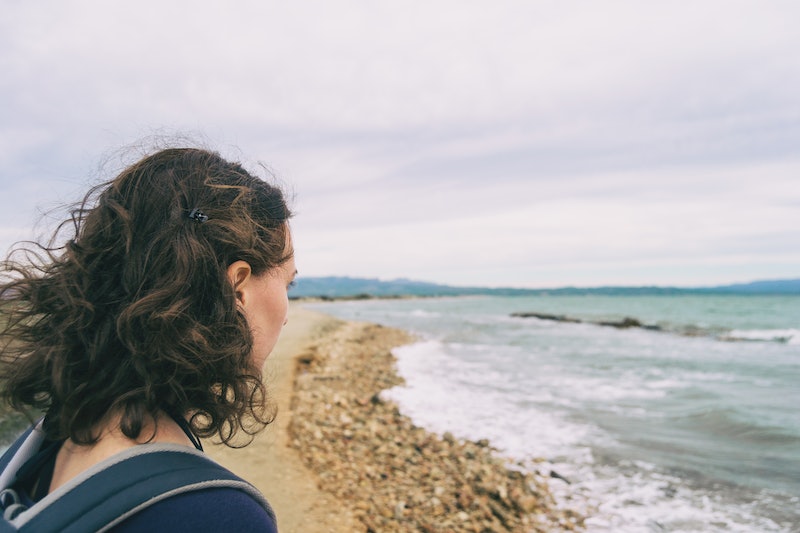 Everyone knows at least a few selfish jerks — the kind that either make decisions without stopping to think how their actions affect others, or simply don't care whether they do. As a lifestyle, selfishness doesn't really help you make (or keep) friends, but it's OK to be selfish every once in a while. In fact, although it might not make you popular in your friend group, a model developed by researchers at Yale indicates that evolution tends to favor those who put themselves first over people who choose cooperation.

Based on game theory of cooperation and behavioral economics, the model predicts that a person's background influences their decision-making later in life. According to researchers, people who grew up in supportive environments have experienced firsthand how generosity can benefit others, so their first instinct is to cooperate with others, even if they don't know them. On the other hand, people who grew up where self-interest was the norm are inclined to act selfishly right off the bat. The catch? The model posits that even people who usually cooperate will sometimes "overrule their cooperative instinct" if they stop to think about it and realize there's no chance of reciprocity down the line. Not exactly heartwarming, is it?

According to the game theory on which Yale's model is based, selfish actions usually benefit the individual the most in terms of survival. A 2013 study showed that cooperation has its own evolutionary benefits, but further analysis of the same simulation showed that a small tweak to the parameters of a situation can have the opposite effect. Depending on the circumstances, acting in your self-interest can increase your chances of survival in ways that cooperation can't — and vice versa. Basically, it boils down to this: Humans aren't "hardwired" to be selfish or cooperative. We can be either one (or both), depending on the situation.

With that in mind, let's explore some reasons why it's OK to be selfish every once in a while.

It's one thing to look out for other people, especially friends and family, but it's another to spend day after day emotionally (and often physically) exhausting yourself in an effort to take care of everyone. It's hugely important to take time for yourself, even if that means taking a personal day from work, getting someone to babysit the kids, canceling plans with a friend, or some other seemingly "selfish" action. In the end, you're not doing anyone any favors by running yourself ragged, because...

2. Stress Is Bad For Basically Everything

It's a well-established fact that stress is harmful to more than just your emotional health; it can cause everything from high blood pressure to headaches to depression. Unfortunately, we often stay in stressful situations or relationships because we're worried it would be selfish to leave — but isn't it better to remove yourself from the source of the stress than to put your health at risk?

3. Selfishness Can Improve Your Leadership

According to a 2011 study, people who frequently act in their self-interest are perceived as more dominant and likely to receive leadership recognition than those who are seen as more generous. Admittedly, this depended on the circumstances; in a situation where cooperation was necessary, people chose more altruistic leaders, and vice versa. However, the study indicates that what people want in a leader varies, and sometimes, selfishness is exactly what the situation calls for.

4. Not All Types Of Selfishness Are Harmful

Not all kinds of selfishness are created equal. A writer for Psychology Today once categorized selfishness into three types: Good, neutral, and bad. "Bad" selfishness includes actions that benefit yourself while actively harming another, like stealing or emotional manipulation, and "neutral" selfishness was defined as actions that benefit yourself but don't affect anyone else. "Good" selfishness, on the other hand, is an action that benefits everyone involved, like when you swap books with someone or let someone pay for your dinner after a nice date. Theoretically, neither of these situations are altruistic — after all, everyone is getting something out of the situation — but in the end, everyone has their interests satisfied.

"Toxic" is a word that's been bandied around online quite a bit recently, often referring to relationships that benefit one person while emotionally draining the other. These relationships can be romantic, platonic, or familial, but they're ultimately unhealthy for everyone. One of the hallmarks of a toxic relationship is being made to feel like a terrible person if you try to disengage; in fact, "selfish" is probably going to come up. However, there's nothing wrong with putting your own mental health before someone else's if that person is unhealthy. Besides, self-interest will come in handy later, if (and probably when) they try to manipulate you again.

More like this
The 3 Most Organized Zodiac Signs, According To An Astrologer
By Kristine Fellizar
5 Signs You Have A Toxic Relationship With Yourself
By Lexi Inks
How Ovulation Affects Your Sense Of Smell, Libido, & More
By JR Thorpe and Lexi Inks
These 3 Signs Are The Master Chefs Of The Zodiac
By Kristine Fellizar
Get Even More From Bustle — Sign Up For The Newsletter
From hair trends to relationship advice, our daily newsletter has everything you need to sound like a person who’s on TikTok, even if you aren’t.