Ah, drones — a magical word that, depending on your personal preferences/ belief regarding tiny flying robots, inspires either instant hate or love. If you find yourself leaning towards the "hate" category, a new drone called Fleye might push you closer to "love" — because it uses a new safer drone design, and includes several other cool features, too. This little robot's design is a mix between BB-8 from Star Wars: The Force Awakens and this jet pack that flew next to the Statue of Liberty. Meaning: it looks cute, but packs a mean punch in terms of technological capabilities. I wouldn't mind one hovering around my office.

We are in the future, people! And in the future, there are hover boards, electric cars and flying robots (just like on The Jetsons!). While they might not look exactly like what we imagined or were shown on television and movies, these technologies are awfully close right now. We are pushing the limits of how technology is integrated in our daily life. So since technology in general is being upgraded, why not upgrade drones, specifically, too?

The new Fleye drone uses protective grids to prevent any injury from the drones spinning blades— the creators made sure that the Fleye was safe to use and not in any way harmful if it hits you or if you run into it yourself. That means that you can take amazing photos and videos in all sorts of places that would have been considered inappropriate for a drone before, or even use this in a classroom to teach kids about robotics (or to fly around your office's cubicle maze). The uses of this robot are limited only by the imagination. Check out their Kickstarter video below, and then read on for some highlights. 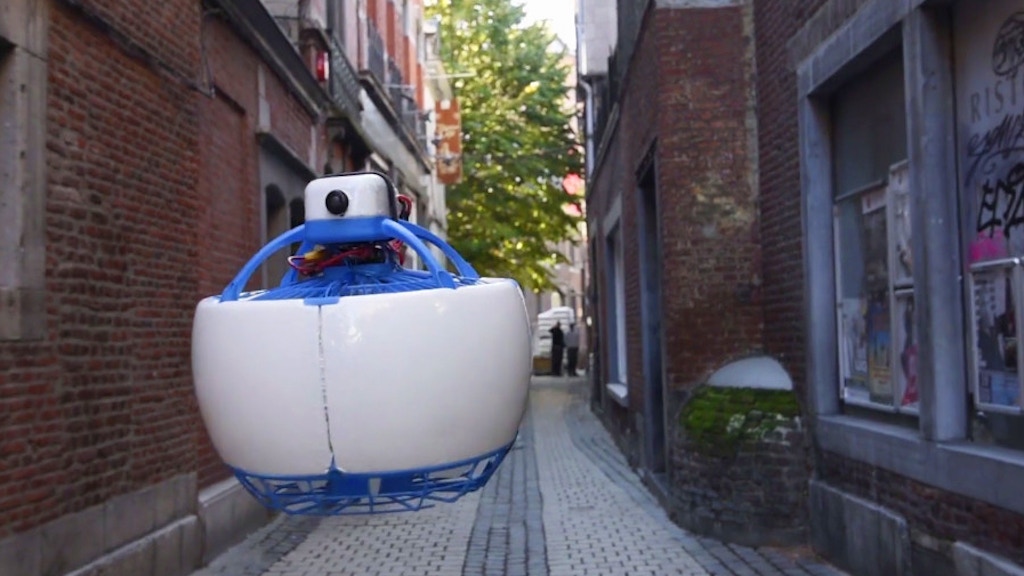 The breakdown of this little guy is amazing. The engineers were able to pack on a computer and make it fly, all while being roughly the size and weight of a soccer ball. Not bad, science. Not bad at all.

From the looks of the demo video, it seems that anyone can really control this thing without a problem, via their smart phone.

At the end of the day, I know myself. And I know that this would not be an educational tool for me. In fact, I know I'm going to suck at navigating, it so instead of doing anything educational or practical, I would just end up just making it fly across the street, like in the image above. Hopefully, I would not cause annoyance to everyone my drone passes (but hey, a girl can dream!).