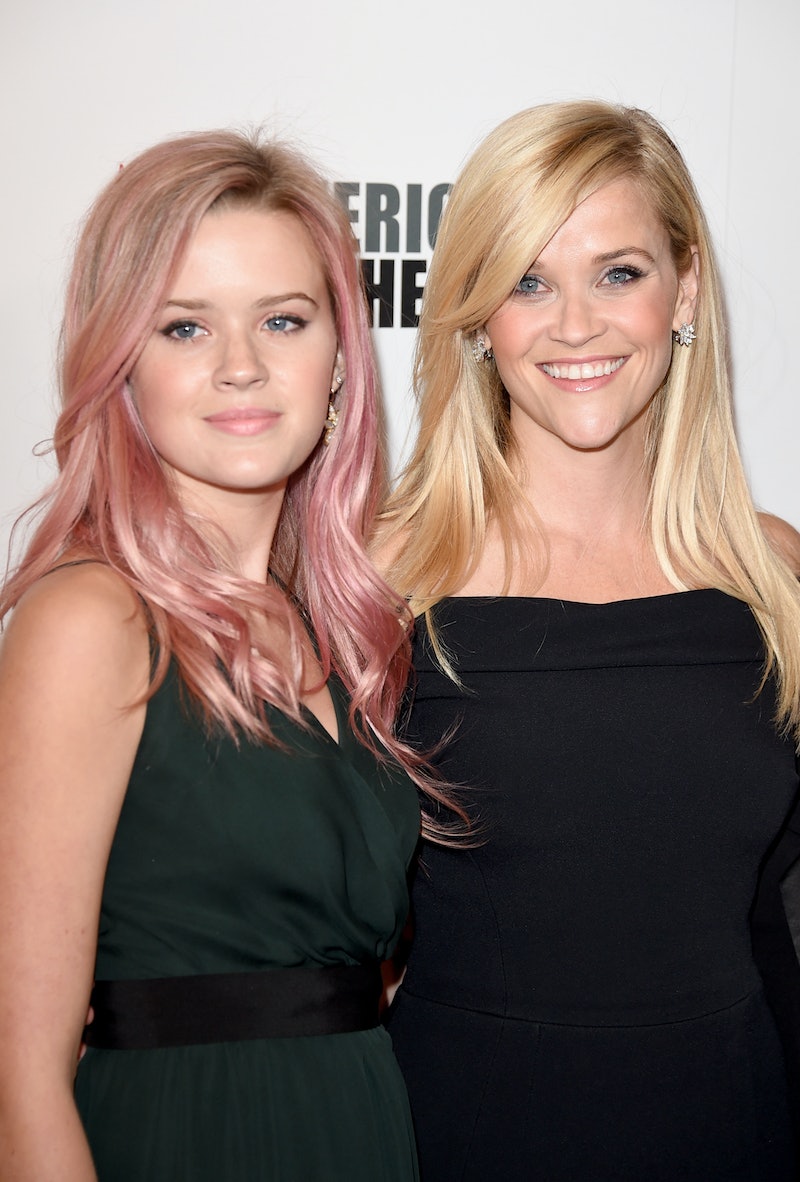 Forget spending thousands on plastic surgery or hitting all of the right Instagram angles in order to transform yourself into the hottest Hollywood stars, because sometimes, it's all down to genetics. And there's no denying that the best celebrity doppelgängers are kids who look like their famous parents. Whether the stars' offspring are still children or have grown up to be full-fledged adults, one thing's for sure: Genetics are cray, and seeing double, miniature versions of celebs we know and love is kind of a trippy experience. I'm talkin' double takes all around. Double takes for days.

To be honest, I've always thought that one of the coolest things about being a parent is seeing your own DNA passed down to the next generation, a piece of you that will forever live on down the family line. When you can see yourself in your child — your own facial expressions, your own mannerisms, your own eyes or hair or smile — it has to be like looking into some futuristic, fun house mirror. And when this happens in Hollywood — a place ruled by celebrity-obsessed culture that allows people's faces to be so ingrained in our minds — there's no doubt that the double phenomenon is even crazier, because now the entire adoring public can freak out together at the wonder of genetics together. Biology, amirite?

Hilary Duff's son is the spitting image of his mama.

Slap a black, bondage-themed outfit on Tish Cyrus and she could actually be Miley.

Ava Phillippe looks so much like her famous parents (her dad is Ryan Phillippe) that it's almost uncanny.

With this photo of baby Prince George flanked by a baby picture of his mom, Kate Middleton, on the left, and dad, Prince William, on the right, it's impossible to deny that he looks exactly like both of his (royal) folks.

Britney's boys are mini replicas of their superstar mom.

Little North pretty much shares the exact same face with her dad, Kanye West. (The fierce pose she probably inherited from her mom.)

Of all the strong resemblances in the Kardashian-Jenner fam, Kris and Kendall Jenner look the most alike.

Talking about #twinning. Demi Moore and Rumer Willis could easily pass as identical in the above photo. Rumer also bares a strong resemblance to her dad, Bruce Willis:

Suri Cruise has been the spitting image of Katie Holmes ever since she made her debut on the cover of Vanity Fair in 2006. And as she's grown up, their resemblance has only gotten stronger.

Shiloh Jolie-Pitt not only shares some distinct features with Angelina Jolie, Brangelina's blondie clearly inherited some of those killer good looks from dad, Brad Pitt.

Violet is literally the miniature blonde version of her famous mom.

You can't even deny how much little Benny looks like his mom, Teen Mom star Maci Bookout. Plus, they share the same wide smile — so cute.

Of all the Teen Mom parents and their babies, no one even comes close to the family resemblance of Novalee Baltierra and her parents, Catelynn and Tyler. Both parents have also noticed how similar Nova looks to her big sister Carly, whom the Baltierras placed for adoption when they were teens.

Oddly enough, siblings Charlie Sheen and Emilio Estevez don't look too much alike. But when looking at their dad, Martin Sheen, it's easy to see how all three actors are cut from the same cloth.

They may have not won the Powerball — but these celeb kids certainly won the genetic jackpot.

More like this
Chrishell Stause & G Flip Have “No Rules Or Regulations” In Their Relationship
By Brad Witter
Kylie Jenner Shares A New Photo Of Her Son With Travis Scott For Father's Day
By Jake Viswanath
Photos Of The 'Elvis' Cast vs. Their IRL Counterparts Will Have You All Shook Up
By Grace Wehniainen
Adele Says It Would Be “Wonderful” To Have Kids With Boyfriend Rich Paul
By Jake Viswanath
Get Even More From Bustle — Sign Up For The Newsletter