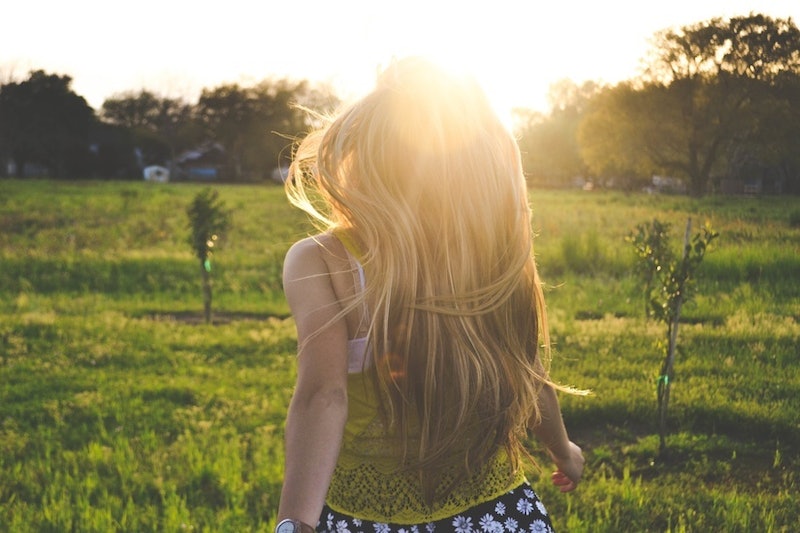 Whether astrology is something you consult daily or just a fun hobby you enjoy, knowing the most worthy goals for each astrological sign in 2016 is something that can only help us when planning out what we hope to accomplish in the year to come. Whether your goals are related to fitness, business, or relationships, you may be surprised to learn just how much your astrological sign can point you in the right direction of personal success and fulfillment. According to Susan Miller, the world's leading astrologist, every year each individual sign has goals that are more worthy of pursuing than others. Bustle sat down with Miller, who gave us a run-down of what each sign should be focusing on in 2016.

The beauty of a new year is the endless possibilities in all the months to come. Will your career blossom? Will you fall in love? Will you learn to let go of toxic people in your life? Of course, no goal is ever accomplished without dedication and hard work, and what you choose to do is ultimately free will — but if you're not sure where your year is headed, Miller has some advice for what you should focus on in 2016 in order to be successful. Here are the most important goals to focus on for each sign this year.

And if you're interested in more from Susan Miller, check out episode two (and a bonus episode) of Bustle's podcast, "The Chat Room," for Miller's full interview, including what she thinks about the upcoming election and whether or not Kim or Kanye will stay together.

If you're an Aries, this is the year for you to commit to that gym membership or marathon for good. According to Susan Miller, health and fitness and "getting the body you've always wanted" are at the top of the list for worthy goals for Aries in 2016. And if you have any health issues going on, be sure to get them fixed this year before September. For the second half of the year, Aries also have amazing marriage prospects. All in all, if you're an Aries, it looks like a well-rounded year for you, so go forth and meet those goals.

Miller says getting out of the house is the key for Tauruses in 2016, because in terms of worthy goals for this sign it's "love, love, love, more love." If you're married, love will get better, closer, and richer. In addition, a baby may be in the picture.

If you're a gemini, you're the one with the apartment or house, and this should be your year for fixing it up, or maybe looking for a new place to live altogether, says Miller. After Sept. 9 when Jupiter goes to Libra, it's all about love. Essentially, Miller says to spend the first half of the year "feathering your nest," and then in the second half of the year, you can invite love into that nest. Sounds like a pretty good deal to me. Another bonus in 2016 for geminis? Family support comes into play this year for this sign, according to Miller.

Cancers are going to communicate in a brand new way this year. If you're wondering what this means, Miller gives some clear examples, like having your company suggest you do something new entirely, when you've always written reports. And while Cancers may be focusing on work in the first half of the year, the second year is all about their home.

If you're a Leo, get ready, because 2016 is all about making tons and tons of money, according to Miller. But here's the catch: You have to be there to ask for the money. "Don't think it will happen by itself. Ask for that rise," says Miller. You're in one of the best spots for earned income, so you might as well capitalize on it, right?

Scorpio has extraordinary friendships, according to Miller, and 2016 will be wonderful time for the sign. Scorpios like to stay home and find small talk draining, but this year is all about being out and about. For the second half of the year, it's all about deleting things from your life if you're a Scorpio. Get rid of anything that is adding clutter, because if you don't, Miller says the universe will take them out for you — and that it's better if you just do it yourself.

For Sagittarius, it's all about laying the foundation for a big future in the 2016. This is the year your career is going to be on fire, and there's such a great career outlook in store for you that Miller says to only focus on that until Sept. 9, when the second half of the year will be more about love prospects.

Capricorns have wonderful aspects for going back to school in 2016, with possibilities of student aid, scholarships in store. If you want to write your thesis and you're a Capricorn, this is the year to go for it. And if you're not interested in going back to school, then this is the year to take that once in a lifetime awe-inspiring trip overseas, according to Miller.

In the words of Miller, for Aquarians, this year means, "money, money, money, money, money." But it's going to come through chunks, and not so much through salary. Think a mortgage that's a totally fantastic deal, or maybe even winning the lottery (although Miller admits that, realistically, the latter is a long shot.)

It's the marriage year for Pisces, according to Miller. But even if you're not dating anyone at all, Pisces should also look for amazing collaborative relationships. Look for the agent, the manager, the ghostwriting, the art director — the one person that can bring expertise to your business. In the fall, it will be more about money for Pisces, though. However, this money is going to be separate from salary — think commissions and bonuses.

An important thing to remember, though, when reading your sign is that your free will is incredibly important to your life, no matter what your sign predicts as a worthy goal for the year. "Your free will and determination really sets the tone for your life. You are the sum total of every decision you've made up until this point. Now, we can always make life better — and that's why we study astrology," says Miller.