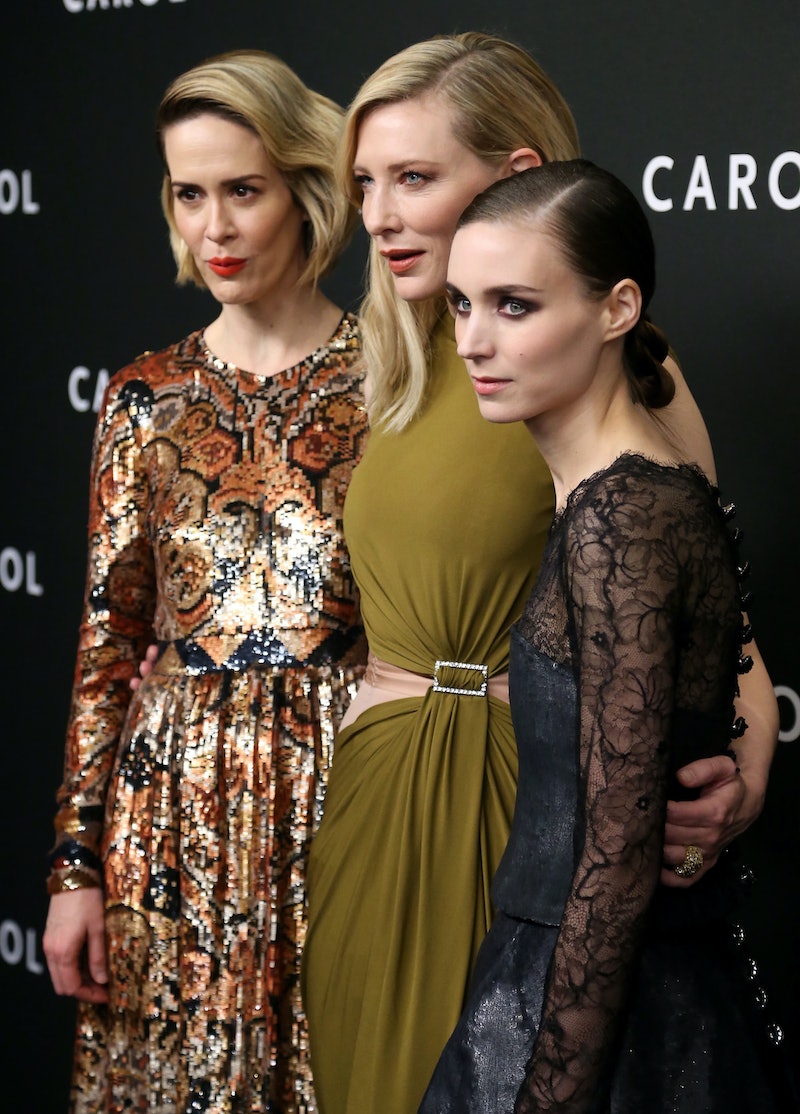 Another Sunday, another awards show. The Critics' Choice Movie Awards air on Jan. 17 at 8 p.m. ET on A&E, Lifetime, and LMN. However, if you don't have access to a TV or your subscription doesn't include those channels, you may be wondering how to stream the 2016 Critics' Choice Awards. Luckily, this awards show has its bases covered.

The A&E website has a very user-friendly continuous live-stream going. You just have to log in with a cable provider, and then you can see exactly what's happening at the Critics' Choice Awards in real time. If for some reason you had your heart set on watching the Lifetime or LMN broadcast, however, you're out of luck, as those networks don't offer a livestream. If you can't find a login for the A&E site, your best bet is to head over to Twitter for some live tweets, as viewers are bound to share the night's biggest moments.

There should be plenty of those, as this year's show will be hosted by Silicon Valley star T.J. Miller, which is just one of many reasons to watch. Other highlights include the fact that Amy Schumer will be receiving the Critics’ Choice MVP Award, as well as the fact that Star Wars: The Force Awakens was nominated for Best Picture. Oh, and as if all that wasn't already reason enough to tune in, get this: They created a fan-voted award for "Most Bingeworthy Show," and the nominees are Outlander, Friends, The Walking Dead, Orange is the New Black, Game of Thrones, and Empire.

You can either cast your vote online, or through hashtags/emojis (for example, to vote for Empire, you can tweet #EmpireCCA, or you can tweet @CriticsChoice with a lion emoji). I love all of the above shows, but speaking as someone who's personally marathoned Friends in its 10-season entirety not once, not twice, but thrice, I certainly know how I'll be casting my vote.

Compared with other award show staples, the Critics' Choice Awards are still fairly new (they're in their 21st year, while the Golden Globes are on their 73rd), but with each passing year they continue to gain steam, and it's interesting to see how they're adapting to TV and film's ever-changing landscape. The 2016 broadcast, on both TV and the Internet, is bound to continue that progress.

More like this
Brendan Fraser's Emotional Critics Choice Awards Speech Is Total Tearjerker
By El Hunt
Rupert Grint Just Shared A *Major* Update About Ron Weasley’s Future
By El Hunt
Everything To Know About 'RHONY' Season 14
By Jake Viswanath, Alyssa Lapid and Brad Witter
The 2023 Super Bowl Commercials Feature A 'Breaking Bad' Reunion & Missy Elliott
By Alyssa Lapid
Get Even More From Bustle — Sign Up For The Newsletter
From hair trends to relationship advice, our daily newsletter has everything you need to sound like a person who’s on TikTok, even if you aren’t.