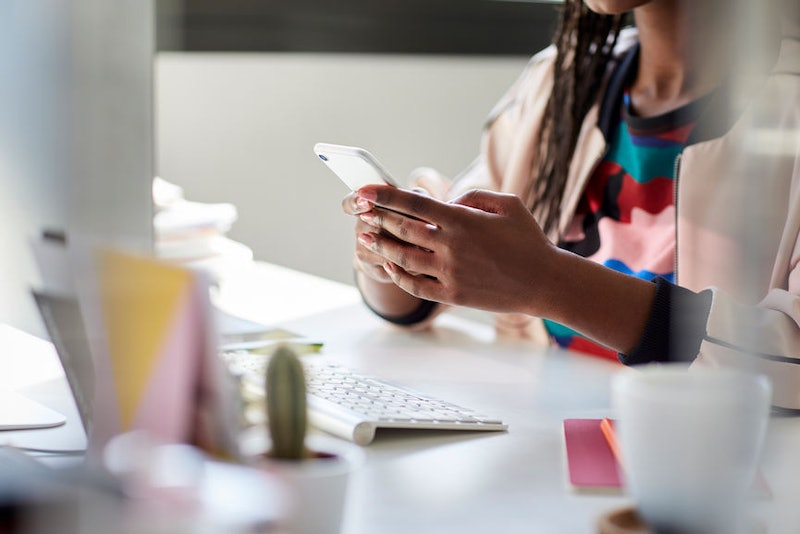 When it comes to cleaning, I can admittedly be on the more lackadaisical end of the spectrum (i.e: it doesn't look dirty, so it's probably fine). However, there are definitely things in life that we should probably be cleaning way more often — as much as I might wish it weren't true.

And while I'll often be the first to argue that people are way too concerned with germs in general (exposure to germs often makes us stronger, after all!), the older I get, the less time I have for getting sick. Gone are the days when a fever meant staying home from school in my PJs, watching cartoons while my mom or dad brought me breakfast in bed. I now must fend for myself, and fending for yourself when you have the flu sucks. In fact, the mere thought of hauling myself to the drug store for some medicine when I have a cough and a temperature of 101 is enough to make me want to take whatever measures humanly possible to not get sick ever again.

If you want to limit the number of days spent miserable in bed this year, you'll also probably want to limit your exposure to germs. So in the spirit of staying healthy, here are nine things in your life you should be cleaning that you probably never do:

According to a piece featured in ABC news, studies show that our cell phones are one of the filthiest things in our lives, harboring over tens of thousands of germs, which can include staph and meningitis (not to mention, just the regular old annoying cold). Additionally, according to board certified dermatologist Dr. Ava Shamban in a piece for Prevention, the bacteria on our phone screens can also cause acne and breakouts.

According to another ABC news piece, your computer keyboard and mouse (that's right, the thing you're probably touching right now) is technically dirtier than a toilet seat. And it makes sense — how often do you sneeze and continue typing? Or sign onto your computer at work directly after having just touched the metal pole during your subway commute? If you're worried about getting sick, keeping some antibacterial wipes by your desk at work and at home are great places to start in terms of prevention.

According to U.K. study featured in Women's Health, a woman's purse — both inside of it and outside — is one of the dirtiest surfaces around. Donna Duberg, assistant professor of clinical laboratory science at Saint Louis University, said this is probably due to the fact that the majority of women almost never clean their handbags, even though they often rest them on the floor in bathrooms and in public spaces, and touch the handles when their hands aren't clean. Duberg recommended cleaning your purse once a week, and suggested using wipes that do not contain bleach or alcohol to help protect the fabric.

This is just a personal tip (especially if you have pets like I do). There's nothing like stepping out of the shower all nice and clean, only to rest your freshly scrubbed feet on a dingy old mat that your cat has been sleeping on. While a dirty bath mat might not technically hurt you, it just feels way, way nicer to know it's nice and clean.

In another piece in Women's Health on things you should be cleaning way more often, Charles Gerba, Ph.D., professor of microbiology at the University of Arizona, stressed the importance of disinfecting your remote controls regularly — basically for the same reason you should be disinfecting your phone. Gerba also noted that people often eat while watching TV, making it all the wiser to make sure those remotes are clean.

Gerba also noted that a big hub for germs is the dashboard of your car, and recommended keeping disinfectant wipes handy to give it a wipe down once a week. He also recommended wiping down the cup holders, and children's car seats if you have them.

OK, admittedly this tip is less about getting sick and more about prolonging the lifespan of your dryer. According to Melissa Maker, cleaning expert and founder of CleanYourSpace.com in an article for Today.com, just removing lint from the trap after every few loads isn't enough. Instead you should give it a thorough cleaning every six months. “Just use warm soapy water and a cleaning toothbrush, wash gently, and leave to dry overnight. Your dryer will work much more efficiently," she said, adding, “Vacuuming the dryer lint trap is also important to remove any lodged dust, which can be a fire hazard.”

The same Today.com piece noted that there is more E. coli in the average kitchen sink than in the average toilet when flushed. Maker said because of this, it's important to disinfect your sink daily.

According to a piece in The Huffington Post, your loofah — the thing you use to wash your body — may be one of the dirtiest things in your home. In the article, Dr. Stafford Broumand, plastic surgeon and associate clinical professor of plastic surgery at the Mount Sinai Medical Center, said, "Bacterium is attracted to moisture and loves to grow in the nook and crannies of a loofah. Some of the bacteria might be something like P. aeruginosa (which has been linked to drug-resistant infections)." He also recommended making sure your loofah is able to dry between uses, and also said to replace it every three to four weeks.

Germs are a reality of life — they're literally everywhere, and there's not much we can do about it. However, there are definitely a few small things we can do each day to limit our risk of getting sick, and if you've ever been down for the count with a flu or virus, then you probably already know it's totally worth the work!