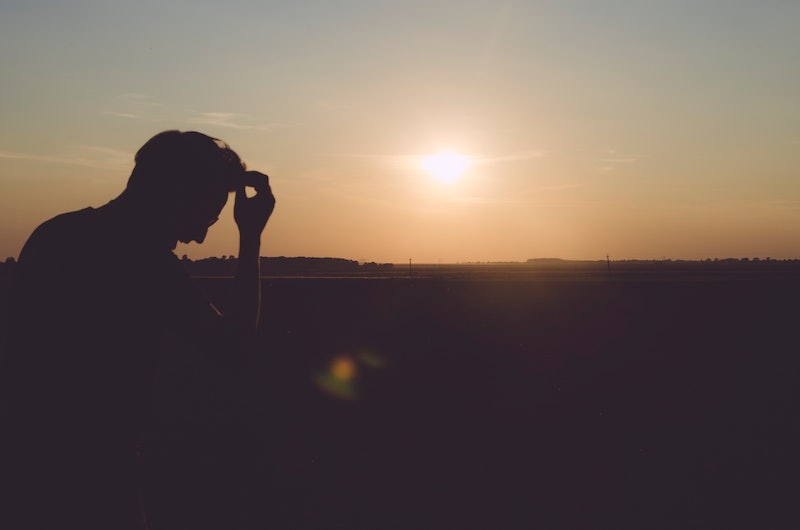 It's almost common knowledge amongst women who date men that dudes don't always do the best when they're sick. I'm not talking about serious illnesses here, just your average winter bug that can transform a capable human male into a shivering child. According to new research, however, it turns out this stereotype of the man flu might actually be a real thing, and that yes, their pain is real.

A study recently published in the American Journal of Physiology – Lung Cellular and Molecular Physiology suggests that estrogen helps women fight certain strains of flu in ways men cannot. After scientists exposed uninfected male and female nasal cells to estrogen and selective estrogen receptor modulators (SERMs) which produce estrogen-like effects, they noticed that the female cells treated with estrogen or SERMs between 72 to 24 hours prior to infection were able to fight the influenza A virus more effectively. Influenza A had a much harder time replicating in these female cells, but the viral loads in the male cells treated with estrogen unfortunately couldn't compete. An analysis of the research in IFL Science says that this evidence suggests estrogen has "female-specific antiviral qualities," and that we've kinda hit the genetic jackpot.

Apparently, other studies on HIV, hepatitis, and ebola have shown that estrogen has antiviral properties as well, so it's not just the flu that we've got a leg up on. Still, there's no need to go rubbing it in a man's face just yet. Have mercy on him, because he just might need his strength to fight that seasonal flu that's coming.