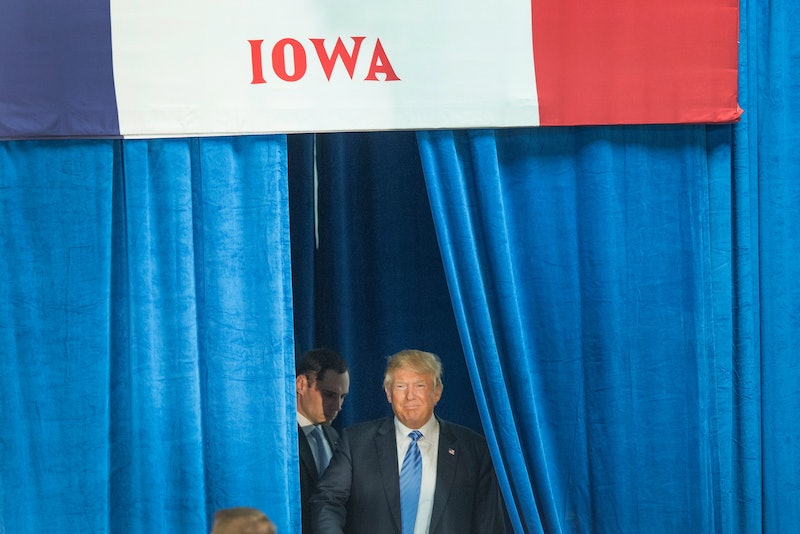 It's been a long, sometimes grueling several months, but the first voting day of the 2016 presidential race is almost upon us: the Iowa caucuses, on Feb. 1. It'll be the first time that any candidate from either party will actually have something concrete staring them back in the face, rather than drawing conclusions from polls, or giving in to starry-eyed optimism. But there's something worth keeping in mind, as the big day grows ever closer ― one subject about the Iowa caucuses that needs to be brought up.

Namely, that while they do provide the first meaningful glimpse of how the field is stacking up, and they can be pivotal moments in the trajectories of eventual party nominees, they don't tell us nearly as much about how the race will eventually turn out as all the outsized coverage might suggest. To put it another way, it's great to win, but it's no guarantee of future success in the near or long term.

Take a look at the Republican side, for starters. Beginning in 1980, out of the six Iowa caucuses held in years in which there was no incumbent Republican president running, they've only picked the eventual nominee twice: George W. Bush in 2000, and Bob Dole in 1996. Obviously, only Bush actually claimed the White House.

The rest of the list is pretty ill-fated ― the last two go-rounds were in 2012 and 2008, going to Rick Santorum and Mike Huckabee respectively. While both men enjoyed unexpected success in those races, it's fair to say that the fondest hopes of caucusing Iowa Republicans those years weren't exactly matching up with reality. It's even harder to grasp nowadays, of course, with both of them relegated to the depths of the GOP undercard debate schedule.

Although, maybe it's just that their real political moments haven't quite arrived yet. As Monika McDermott noted for CBS News, one interesting thing about the Republican Party's track record in the Iowa caucuses is that they've been just as accurate predicting who'll be the nominee eight years into the future as they have been in the here-and-now. In 1980, they picked George H.W. Bush, who ultimately won the nomination and the White House in 1988.

But by then, the winds in Iowa had already changed ― they went with Bob Dole in the 1988 caucuses, who'd ultimately win the nomination, yep, eight years later. At least the caucus-goers didn't repeat the same mistake, however ― they stuck by Dole in 1996. All in all, the record stands at 2-in-7 for eventual nominees, and 1-in-7 for eventual presidents. Also, that one president was George W. Bush, who lost the popular vote.

As for the Democrats, they're doing a hell of a lot better, with things have looking pretty solid in recent decades. In the nine Iowa caucuses, from 1972 on, that occurred without an unopposed Democratic president in the race, six of the top vote-getters have gone to the eventual nominee: Barack Obama in 2008, John Kerry in 2004, Al Gore in 2000, Walter Mondale in 1984, and Jimmy Carter in both 1980 and 1976. (Notably, Carter faced a primary in his 1980 reelection bid from Massachusetts senator Ted Kennedy, while in the 1976 Democratic caucus, the majority of voters were "uncommitted.")

That's a great percentage compared to the Republicans, no doubt, but it still makes it clear enough that things aren't ironclad. Political races can be fluid and unpredictable things, and even candidates with natural, built-in regional advantages can stumble early and surge back into relevance. Perhaps the ultimate example of this is Bill Clinton in 1992, who finished a distant fourth place in Iowa with just 2.8 percent of the vote against Iowa's own senator Tom Harkin, before charging back to a second-place delegate tie in the New Hampshire primary.

Basically, don't get too caught up with obsessing over what Iowa means immediately after it's done. Just because, say, Ted Cruz wins Iowa doesn't mean he's a sure bet to win the nomination, and based on the caucuses' history, there's the distinct possibility he might not. And even if he did, that doesn't mean the GOP has rid itself of its Donald Trump problem, not by a long shot.

And especially for the Democrats, what with the two-horse race (just kidding, Martin O'Malley is still running). Even if Hillary Clinton holds her narrow Iowa lead ― currently at just two points, according to The Des Moines Register ― New Hampshire is Sanders' best stronghold right now. It'll be exciting to see who comes out on top in a couple weeks, no doubt, but try not to draw too many assumptions from it.

More like this
'Waterloo Road' Is Back, With More Than A Few Familiar Faces
By Sam Ramsden and Vivian Iroanya
Iran Has Issued A Death Sentence Over Mahsa Amini Protests
By Catharina Cheung, Darshita Goyal and Maxine Harrison
Matt Hancock Broke a Major Rule With I’m A Celeb
By El Hunt
What To Know About Martin Bashir After Watching 'The Crown'
By Bustle UK
Get Even More From Bustle — Sign Up For The Newsletter