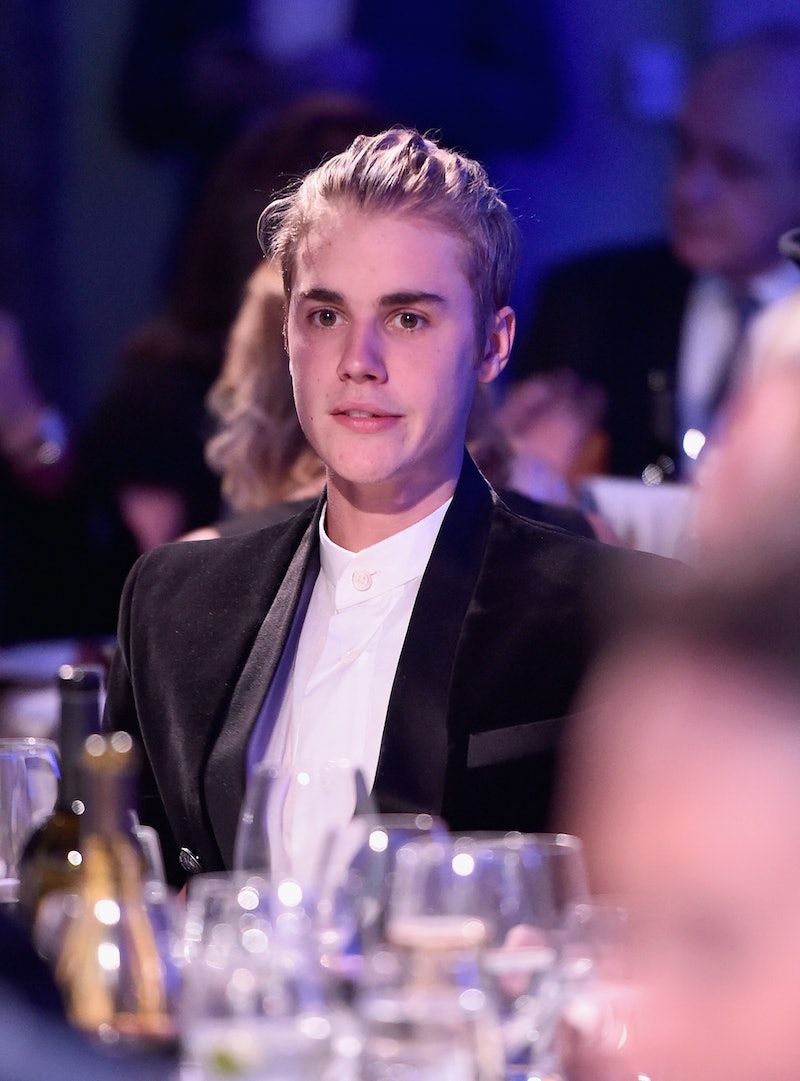 Everyone hold your horses! Regardless of what Instagram would lead you believe, Hailey Baldwin and Justin Bieber aren't dating — at least according to Baldwin's dad, Stephen, who actually introduced the pair in 2009. (Yes, the moment was captured on film.) In a video posted to TMZ on Sunday morning, Stephen Baldwin reassures the world that his daughter and the singer have put "no label" on their relationship just yet, despite what all those photos might make you think.

He did say that he'd approve of them dating if it came to that, but as of now, the duo are "just friends." When Baldwin was asked if the Biebz would have to ask for his permission to propose should things get serious, the Usual Suspects star and younger brother of Alec laughed and reassured TMZ, "We're far away from that." Sorry, Jailey (?) fans — looks like Bieber and Baldwin aren't quite that close just yet.

Still, there's reason to believe that they're more than "just friends," despite what Hailey's father told TMZ. Just look at all those cozy vacation photos, including the one featuring that now-famous New Year's Eve kiss.

The photo marked a stark difference from just one year earlier, when Bieber put an end to speculation that the two were dating after they rung in 2015 together on a trip to Turks and Caicos. At the time, he captioned an Instagram photo of the two together, "People are crazy. I’m super single and this is my good friend u would know otherwise."

Ah, how times have changed. Although I can't imagine that either star appreciated Stephen Baldwin weighing in, considering how little they've talked about their potential romance in recent weeks. Still, the youngest Baldwin bother is certainly not the first parent to comments on his kid's relationship status while the famous child remains tight-lipped. In April of 2014, George Clooney's mom Nina told The Daily Mail of her son's engagement, "You can say I'm extremely happy. Amal's a lovely girl. I like her very much." Then there's Angelina Jolie's father Jon Voight, who, upon learning of Jolie and Brad Pitt's plans to marry, told Us Weekly, "It was very nice I thought. If they are happy, if they're going to have a wedding, it's wonderful."

Parents will be parents, and even the ones of famous people sometimes can't help bragging about their kids' exciting life developments. Will Jeremy Bieber swoop in for comment on Justin and Hailey next? I wouldn't be surprised.