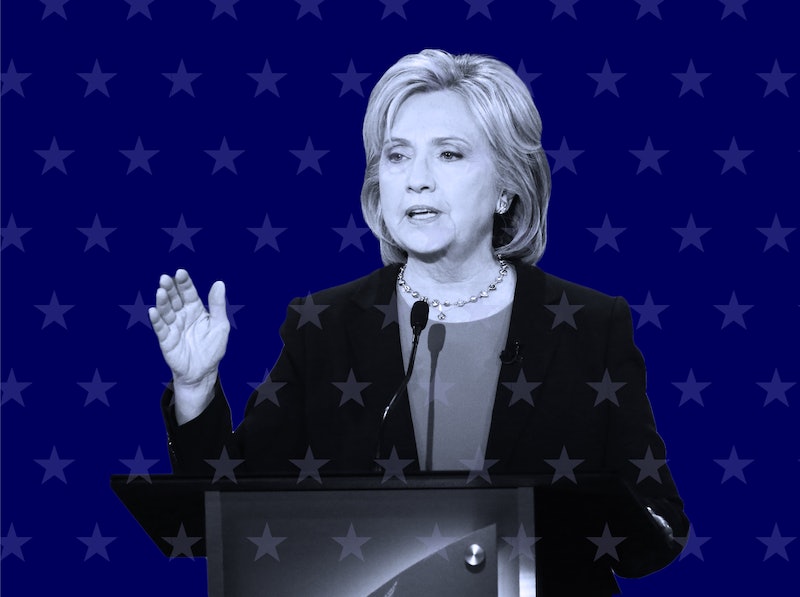 Debate moderator Lester Holt kicked off Sunday night with a question on what candidates' top three priorities would be in their first 100 days as president. All three Democratic presidential hopefuls did their best to squeeze as many key national issues as possible into their responses, but one answer in particular saw a roaring reaction by the crowd at Charleston's Gaillard Center. Leading candidate Hillary Clinton's choice to include equal pay for women received spirited applause and loud cheers from the South Carolina audience.

It wasn't the first issue brought up by Clinton, but it sure was the phrase that generated some noise in the room.

I would work quickly to present to the Congress my plans for creating more good jobs in manufacturing, infrastructure, clean and renewable energy, raising the minimum wage, and guaranteeing, finally, equal pay for women's work.

Okay, so actually Clinton was trying to frame all that as one issue Americans are currently facing: jobs. Her second and third priorities as Clinton stated them in her response? Healthcare and uniting the country, to be super vague about it.

I would also be presenting my plans to build on the Affordable Care Act and to improve it by decreasing the out-of-pocket costs...

...And third, I would be working, in every way that I knew, to bring our country together. We do have too much division, too much mean-spiritedness. There's a lot we have to do on immigration reform, on voting rights, on campaign finance reform, but we need to do it together.

Forget all this other stuff, though, because everyone in the audience seemed more interested in that earlier bit about paying women just as much as men receive for the same work.

Holt didn't tell the audience members in the Gaillard Center that there was a clap-o-meter recording what level of applause each response got, but the ladies and gentlemen sitting before the Democratic candidates sure reacted that way.

Equal pay for women has been a biggie on Hillary's campaign. Within the former secretary of state's proposals for equal pay is passing the Paycheck Fairness Act, a bill that would place responsibility on employers to explain differences in pay and allow workers to sue for wage discrimination. Clinton has also supported a wage raise across the country for low-paying jobs, which are held more so by women than men.

Whether Clinton can make her way all the way to the White House as president is unknown, but what was obvious during Sunday's debate was how ready the debate audience is to see one of her top priorities become real.