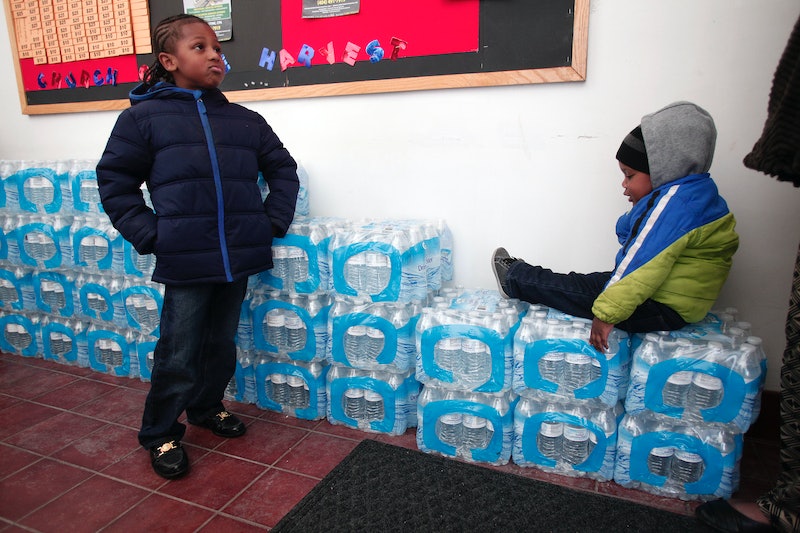 A major water crisis is occurring in Flint, Michigan, where residents are unable to drink their tap water due to toxic levels of lead contamination. Both Michigan Gov. Rick Snyder and President Obama have declared the situation a state of emergency. Obama authorized up to $5 million in federal aid for the city on Saturday. The national guard was recently sent in to deliver water to those residing in the area, but they cannot help everybody alone. Thankfully, many organizations and nonprofits are currently accepting donations, as well as bottled water, to help Flint residents in this water crisis.

Those who want to help the citizens of Flint can donate to the Flint Water Fund, or the Flint Child Health & Development Fund, which provides medical care to kids who have been exposed to lead, and provides public health and community services. As far as religious organizations go, the Catholic Charities of Shiawasee & Genesee Counties are taking donations that will fund clean water for Flint residents. The American Red Cross is providing bottled water, water filters, and lead testing kits, at locations around Flint.

In the meantime, city residents are using bottled water for hydration and cooking meals. Some celebrities, like Cher, are even sending major contributions to the area. All of this occurs just 60 miles outside of Michigan's capital of Lansing, where the city began using water from the Flint River under a state-appointed emergency manager. This led to an increase in lead levels in children around the city, though the state did help Flint switch to Lake Huron water in October.

Although Obama approved up to $5 million in federal funding, he did not declare the contamination a natural disaster, since it was man-made — only crises like hurricanes and tornados qualify as natural disasters. Unfortunately for Flint, a disaster declaration would have provided greater federal funding to residents. , according to federal law. However, Federal Emergency Management Agency (FEMA) is responding and covering 75 percent of costs, capped originally at $5 million.

Obama did offer assistance in finding other available federal means of helping, though Snyder believes that $55 million is currently needed to repair damaged lead service lines, with an additional $41 million to cover water distribution and lead poisoning for months to come. For now, any help Americans can send to Flint will help make their struggle more manageable than it is today.