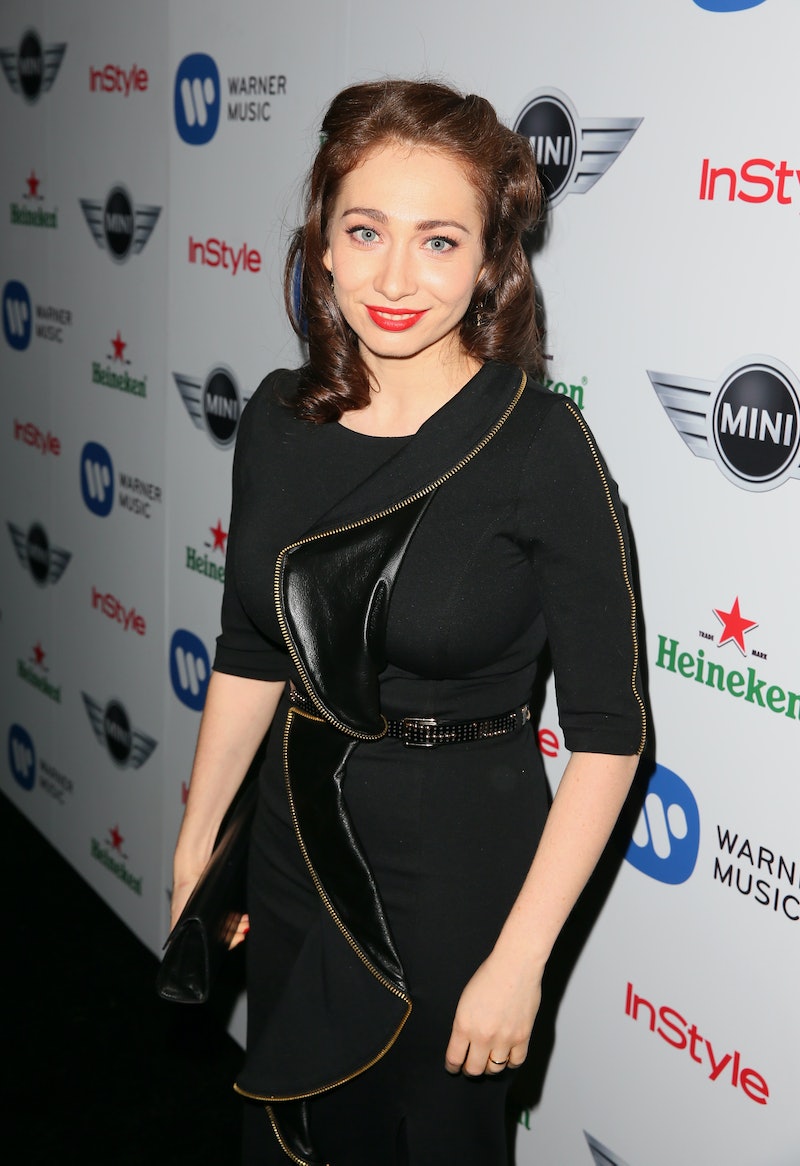 Regina Spektor has big news, y'all! She won't be attending the Grammys. And do you know why she won't be attending the Grammys? Because they suck! Just kidding. It's because Regina Spektor is pregnant! Woohoo! I feel genuinely happy about this news. For one, because Regina Spektor makes awesome music and, for two, because she's famous but still seems like she could raise a normal child. That isn't always the case, so, go Regina! Have them babies!

Spektor, who married singer-songwriter Jack Dishel in 2011, announced her pregnancy on Facebook. Her message to fans reads,

Hi there friends!I was so happy to be nominated for my first Grammy! I would have definitely gone to LA for all the fun, in a party dress and with bells on, if I wasn't so super pregnant at the moment. (!!!!!!!!!!). Jack and I are very excited to be expecting a brand new human together!!! I've been spending most of my time writing songs, dreaming up the new record, cooking soup, eating soup, and being very grateful for the people in my life- family, friends, and you…So I'm glad to share the news, and I wish everyone who is going to the Grammys an amazing night!Thank you to the Grammy peeps for nominating "You've Got Time!"I'll see you from the couch regi

Spektor is nominated for a Grammy — her first, which is surprising — in the category Best Song Written For Visual Media for "You've Got Time," the theme song for Orange is the New Black. She faces tough competition from fellow nominee Adele who is nominated for her Golden Globe and Oscar-winning song "Skyfall" from the James Bond movie of the same name. While "Skyfall" is the clear front-runner, it'd be nice to imagine Spektor having a little celebration on her couch.

Good luck to Regina Spektor on Grammy night and well wishes to the singer and her husband!

More like this
Stormzy Deleted His Social Media Accounts For A Very Relatable Reason
By Sam Ramsden and El Hunt
Kanye Joked About His Divorce To Kim K In A Surprise Speech At The BET Awards
By Alyssa Lapid
What Is Ariana Grande's Net Worth? When It Comes To Money, She Has No “Problem”
By Hugh McIntyre
Lily Allen Was “Quite Emosh” After Performing Sober At Glastonbury Festival
By Stephanie Topacio Long
Get Even More From Bustle — Sign Up For The Newsletter