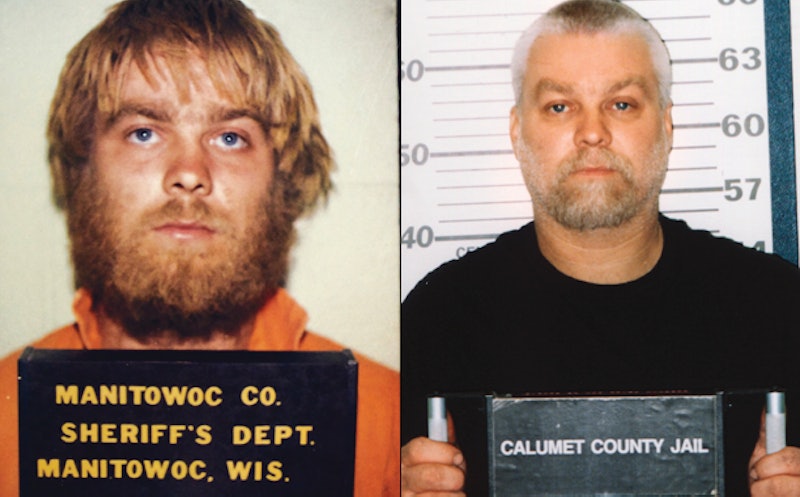 It's been about a month since Netflix released the widely popular true crime docuseries called Making A Murderer. As with most binge-watched shows on the streaming service, it hasn't taken long for viewers to want more. Fortunately, the first season's filmmakers and Netflix executives have hinted that Making A Murderer season two could be in the works, but it's not clear which story the next installment of the docuseries could tell.

On Sunday, Netflix executives and Making A Murderer filmmakers Moira Demos and Laura Ricciardi gathered in Pasadena, California, for a Television Critics Association event. There, Netflix's chief content officer Ted Sarandos told reporters that although nothing formal has been decided about a second season, "the story is still unfolding, so we'll certainly take a look at it."

Taken on its own, that's not necessarily a convincing confirmation, but Demos and Ricciardi added to the suspicion later in the afternoon by saying that they were still following new developments in season one's story, as well as looking at other stories. "We are ready," Demos said. "If there are significant developments, we will be there. And we are looking at other stories, as well." Netflix does not often release its viewership numbers for individual shows, so it's hard to tell just how popular the first season of Making A Murderer has been — but it's clear that the show is creating buzz:

The first season of the docuseries features 10 hour-long episodes that tell the story of Steven Avery, a Wisconsin man who spent 18 years in prison for a sexual assault crime he didn't commit. He was exonerated and released, only to be imprisoned again for the murder of a different woman. Much like the hugely successful podcast Serial, Making A Murderer takes an investigative approach to Avery's story, revealing evidence and insight into Avery's life and family, as well as the crime he may or may not have committed.

Although Avery has been convicted and is serving time behind bars in Wisconsin, the appeals process is ongoing. Ricciardi revealed on Sunday that the team has been in contact with Avery since the show has been released, possibly to gather new content for future episodes. "What we've managed to do in the past four weeks is have several phone calls with Steven Avery, which we have recorded with an eye toward including them in future episodes," Ricciardi said. Avery himself has not been allowed to watch the program from behind bars.

The potential second season could also take after Serial and tell a completely different story than the first season. (Serial's first season focused on the murder trial of Adnan Syed, while the second season follows the story of American soldier Bowe Bergdahl.) The hints about a possible second season for Making A Murderer came the same weekend that Netflix announced this year's premiere dates for 11 of its other original series. Hopefully, fans of Making A Murderer can tide themselves over with new episodes of House of Cards or Orange is the New Black.