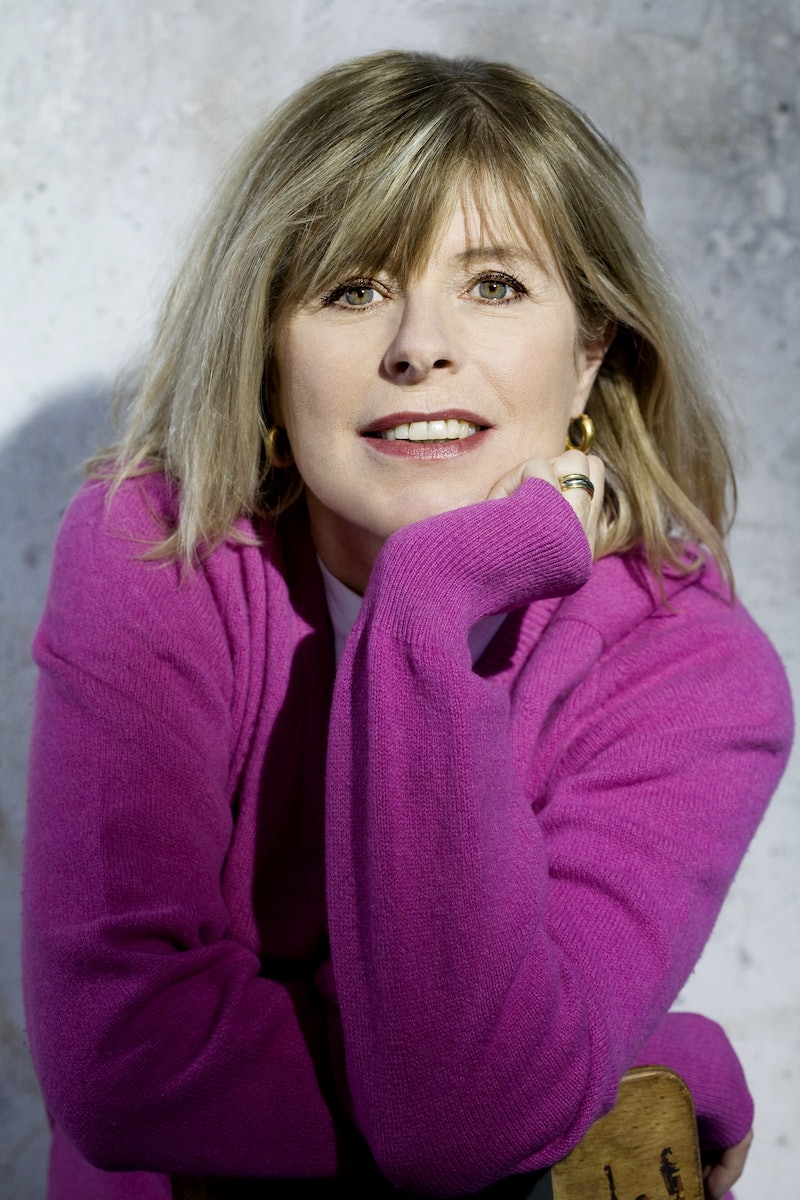 Josephine, the protagonist of Katherine Pancol's The Yellow Eyes of Crocodiles (Penguin) is an underdog in every way: she’s the less pretty sister; she’s the frumpy, frustrated wife; she’s the serious and studious low-earning scholar. And for all these reasons, the reader roots for Josephine's happiness. When the whole town knows before she does that her unemployed husband, Antoine, has been sleeping with a manicurist, she tearfully asks him to leave, and we see her reach rock bottom, penniless and mocked by one of her daughters. Antoine, meanwhile, moves to Kenya to raise crocodiles, an exotic adventure Pancol says is inspired by a real news story.

At home in France, Josephine fights her own crocodiles. After a period of grief and struggling, Josephine undergoes what author Katherine Pancol calls a “rebirth.” She (ghost-) writes a book. She meets a new man. She takes control. It's a modern, French Cinderella story in which by losing her marriage, Josephine finds herself. The message is clear: in tough times, we must pull ourselves up by our own bootstraps/slingbacks.

The abridged English translation of Pancol's bestselling novel is a narrative that's easy to get caught up in with a protagoniste who's easy to root for. I met up with Pancol to discuss the new translation of her novel and thoughts about the luck of a liberated woman.

BUSTLE: Congrats on the translation of your novel into English!

KATHERINE PANCOL: Thank you. I have been translated in so many countries and 30 languages. The only country where I was not translated was America and England! … I was thrilled. It’s the only other language I understand. It’s in Chinese, Russian, Norwegian … but I can’t understand it! I can see my name, but that’s it.

So did you work with the translator, William Rodarmor?

Yeah. The first French version had 100 pages more. There was a part about Marcel and Josiane, his mistress, cut. A lot of colloquial French was cut.

What happened in those hundred pages?

Well, I think the writing process works when you make people believe what you’ve written. You have to prepare. It has to be very well done with a lot of details and remarks, and they cut a lot of that. Sometimes, they thought it was too slow for American readers.

This one’s my 12th book, and after a while you don’t talk about yourself anymore. The first book was really autobiographical; it was about me, myself, and I. You don’t know what to talk about, so you explore yourself. But then I learned to write while writing. When you learn, you broaden your views and create your characters and put yourself in every kind of character. But at the beginning it’s autobiographical.

…There’s always this fancy about writers: they must be somewhere. What part of the heart, the breath, the flesh — people want to know. But I can be everywhere in this book. Even Henriette: I can understand her. When you’re a writer, you have to be emphatic and get into everything.

Is this a book about revenge?

I love American movies. I love the way, in American movies, that someone’s lying on the floor, beaten, and you think it’s finished, and then it’s about reviving. How can you revive? I’m always fascinated by that. Something happens, and you think it’s the end of your life, but of course it never is. So Josephine, at the beginning, she’s in her kitchen peeling potatoes, her husband comes, and she finds out he has cheated on her. He leaves and she has no money, and it’s too much. Through that, she’s going to know herself more, and she’s going to become a new person … it’s a rebirth.

How do you think women become submissive?

I think it’s set in childhood. I think everything is determined in childhood. There’s an idea from Virginia Woolf: You can live until 20 and then you can close yourself in a room and have enough stuff to write until 99. Everything you have been through when you’re a child, that’s your life.

And Josephine, she had nothing when she was a child. Because her mother was terrible — she never looked at her, she was always looking at Iris. So she’s alone, and how do you survive when you’re alone? That’s going to last. Life can get easier, but you’ll always be asking for more love.

I was in New York, and I was reading The New York Times, and there was a story, a true story about an American guy going to China to raise crocodiles, because you can do a lot of things with crocodiles. And then he bought these crocodiles … at the end of his business,iIn real life, this guy was killed by the Chinese mafia. So I changed the place and the story. In my head, crocodiles: life is getting pretty hard, and look at all these money scandals. For me the crocodiles are the bankers. All the money in the world. And you cannot fight a crocodile.

Did you know the plot from the beginning?

It always starts with just a tingle.

What was the tingle for this book?

I have a house in Normandy, near the seaside, and I always swim early in the morning. Normally, I am always alone when I swim, because I think better when there’s nobody. And this time, there was a woman there, and she was a high degree teacher at a university. She was studying the 18th century. She told me about her life, and for me, it was fascinating … She invited me for lunch at her place, and we talked a lot, and she had two daughters: one was very nice, and the other was really awful. This poor woman has cooked very good things, and this daughter was like, “Oh it’s so bad! How can you eat that? Mommy, it’s so bad!”

Meanwhile, I am writing, and I discover the story. That’s how it works: I don’t know what’s going to happen, so the reader doesn’t know either, and we both want to know.

What do you think it means to be a liberated woman?

Ah, good question. I have been living in New York for 13 years. I always thought, when I was younger, that one day I would marry a rich guy, and we’d arrive in New York in a limo and go to a fancy hotel, and la dee da. But now, I am the rich man. For myself. And it’s great. I arrive in New York and I have a limo and stay in a nice hotel.

I think when you’re your own master, you are connected with something inside that no one can take away from you. You have this strength from inside, not outside. You don’t depend on anyone; you focus on yourself. You just don’t mind what other people think. And that is really a great strength, and that’s what it means to be liberated, male or female.

Is it possible to be married and liberated?

But then liberated women are in some ways bound, whether by their own choosing or not.

If you want to be a mother and stay at home because it’s your choice, I think you can. You can go out and have plenty of boyfriends if it’s your choice, but you have to decide for your innerself. Not your outerself.

But if you choose to be a devoted mother, you’re serving someone else.

But some people really love that. They love being devoted. You have to respect everyone’s choice, as long as it’s your choice. I have one friend who loves to be at home, and she loves her husband. She’s happy that way, and I know she’s sincere. But she’s the only one.