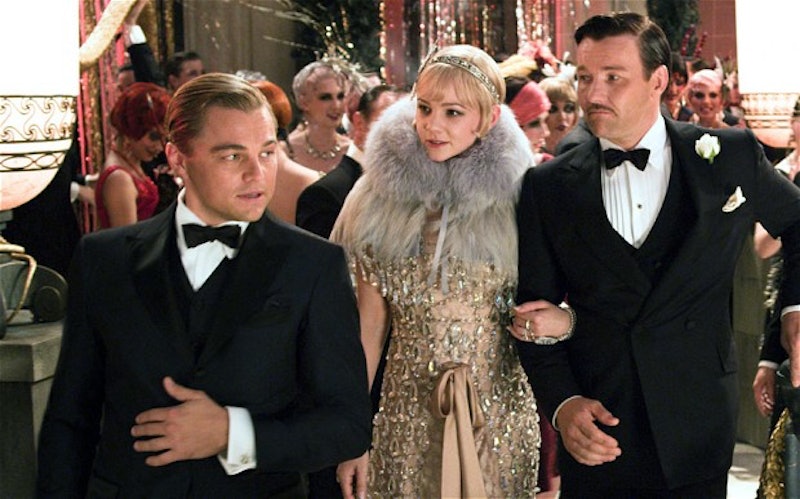 There’s nothing more interesting than reading about the ups and downs of a dysfunctional couple. Would we have rooted for Romeo and Juliet if their families got along? Maybe, but it wouldn’t have been as exciting.

We live in a society that puts an awful lot of pressure on love. It seems as though every advertisement out there is saturated with the notion of romance, and celebrity gossip is almost built entirely on who is dating whom. We love the idea of romance so much that sometimes it’s hard to stop and realize that from an objective point of view… love stinks. Just think about it. The odds of finding a person that you can stand for a long period of time who feels the same way is astronomical, it’s incredibly easy to fall in love with a person who doesn’t love you, and even if the stars do align in your favor there’s no guarantee it will last. It’s brutal, but that sort of terrible, heart-wrenching angst can tell a heck of a good story, if I do say so myself.

I’ve compiled a list of 15 of the literary world’s most dysfunctional couples and ranked them in the order of worst to best. Sure, none of them really get to live happily ever after, but isn’t that half the fun?

15. Bella and Edward, The Twilight Saga by Stephenie Meyer

Oh boy, where do I begin? Forget the fact that Edward fits the criteria of an abuser, doing such wonderful things as constantly reminding Bella that he wants to eat her and taking the engine out of her car so she can't hang out with friends he doesn't like. Bella is apparently more than willing to isolate herself from any non-supernatural friend (including allow her mother to believe that she is dead for the rest of her mother's life) and forego any future she might have had on her own. This twisted pairing of two individuals who don't seem to find themselves interesting unless they are in love with the other is incredibly hard to root for.

Being portrayed by Kate Winsley and Leonardo DiCaprio in the film adaptation of this 1950s tale of suburban ennui isn't enough to save Frank and April from being a bit of a bummer. You know the marriage is bad when you can't bring yourself to care if your husband has an affair, not to mention the fact that you claim that your second child was only born to prove that the first wasn't a mistake. While Frank and Alice don't live lives of intrigue, their tragic normalcy is a pain that is all too real.

Hester Prynne has the patience of a saint. After having an extramarital affair with local priest Arthur Dimmesdale, Hester winds up pregnant and unfortunately unable to pin the new baby on her absent husband. Soon she's the pariah of the town, and the one person who can help her decides to remain mum on the subject until his deathbed. Call me crazy, but I'd like to think that love is based off of respect, or at least based on a lack of desire to see the object of your affection subject to ruin for years.

Anna and Vronsky might be a terrible match, but at least he took responsibility for the baby they ended up creating from it. While Count Vronsky deals with a little bit of backlash in his work, Anna is practically thrown out of polite society, taken away from her beloved son, and isolated to the point of madness. We can all agree that Princess Kitty absolutely dodged a bullet with this one, but I don't believe that Anna Karenina deserved to catch it.

11. Caddy and Quentin Compson, The Sound and the Fury by William Faulkner

Quentin and Caddy Compson's love was never going to work out due to Caddy's wandering heart, Quentin's suicidal depression, and the fact that they were brother and sister. Perhaps at one point their love could have been accepted (look at the popularity of Game of Thrones!) but unfortunately the time was not in 1930s Mississippi. While Quentin ends up killing himself, Caddy honors his memory by naming her illegitimate daughter after him. Theirs was a love that dare not speak its name.

Remember that time when Humbert Humbert was actually 12-year-old Dolores "Lolita" Haze's stepfather? While most people focus on the twisted relationship between our titular heroine and perverted protagonist, but let's not forget the fact that he actually married his landlady, Charlotte, in order to get closer to the girl. According to Humbert himself, Charlotte is a real piece of work, mostly because she openly dislikes her own young daughter. Their brief marriage is rife with Charlotte's insecurity and Humbert's lust... and not for her.

Daisy and Tom Buchanan would be ranked lower if I didn't find their stubbornness incredibly impressive. Set during the Roaring '20s, these two could have gone through a glamorous divorce or at least live apart from each other (also glamorously). Instead they insist on remaining together in spite of Tom's many infidelities, and Daisy's dalliance with Jay Gatsby. They always say that the key to marriage is never falling out of love at the same time, but perhaps for these two the key is basically to never really care either way.

7. Cersei and Jaime Lannister, A Song of Ice and Fire by George R. R. Martin

Cersei and Jaime make Caddy and Quentin look like Sunday school children; their love has a lot of pretty terrible layers to it. Not only are they twins, not only is Cersei married to someone else, but Jaime also happens to be the father of her children, and that sheer fact is the catalyst for about 90 percent of the issues that plague the series thus far. Unfortunately, I couldn't help but kind of root for the twincest, mostly because it didn't seem fair. If the Targaryens married brother to sister, why couldn't they? To make matters worse, in the books they are described as looking almost exactly alike. True love, or just extreme narcissism? Why not both?

6. George and Martha, Who's Afraid of Virginia Woolf? by Edward Albee

I'm pretty sure everyone knows a couple like this, you know the kind: the people who have been together forever but can't seem to stop bickering, taking a perverse pleasure in dragging an audience into their realm of dysfunction. You know that they should just break up, but you can't help but wonder if they would even be happy in something stable. George and Martha are that couple turned up to 11, going so far as to have their own cute little game where they torture each other with the news of a son who never existed. What happens when one of them decides to kill that imaginary son off? It is NOT pretty.

Set in a soul-crushing dystopian view of the mid-80s, Winston and Julia's love was their only resistance. One has to imagine that the greatest aphrodisiac in a world like that is the fact that it's beautifully forbidden. The sad part about the love that existed between Winston and Julia was not that it couldn't thrive out in the open, but the fact that the second they were met with honest adversity in the form of horrific torture, it didn't take Winston very long before was begging his captors to torture her instead. Not very chivalrous, Winston.

Catherine and Heathcliff are sort of like a reverse Lizzie Bennett and Mr. Darcy. While their connection is evident from the very start, Catherine believes that it's beneath her to marry a foundling such as Heathcliff, an opinion that the Roma orphan does not take very well. This sets off decades of animosity and passion; needless to say that it doesn't end happily for anyone. However, I can't help but want these deeply unhappy people to somehow find happiness together. These two would rank higher were they not a favorite of Edward and Bella's.

The complicated tale of Nick and Amy Dunne became a smash success when Gone Girl first came out, and with good reason. She's a psychopath, he isn't far behind, each step this couple takes is absolutely perfect (for them at least). From their fairy tale beginnings, to how spectacularly they fall apart once things get difficult, there's something to be said about finding out that your husband is able to keep up with you at your own game. Although this may be a nightmare for anyone else, the sheer fact that these two understand that they will never find a person quite like the other is so twisted that it might actually be romantic. Set the movie version aside for a bit; novel Nick and Amy are a match made in hell.

2. Lestat and Louis, Interview with the Vampire by Anne Rice

Although Anne Rice's vampires are essentially asexual, there is no arguing that Lestat and Louis are basically an old married couple. From their meet cute (Lestat saves Louis' life!) to their horrible fights, these two at least can admit that life without each other would be "even more unbearable." Lestat even pulls the Hail Mary of dysfunctional couples by creating a child and thinking that it will save their relationship. It actually works for a while, but unfortunately doesn't end well. It doesn't matter, these two at least acknowledge that they are soulmates.

1. Scarlett O'Hara and Rhett Butler, Gone With the Wind by Margaret Mitchell

Oh Rhett, if only Scarlett had realized that he was the one for her all along, a lot of grief could have been saved. These two see each other for exactly who they are, and while Rhett totally understands and respects Scarlett, it takes our heroine a little bit longer (like up until the end of the book) to see it. Obsessed with the weak-willed Ashley Wilkes for hundreds of pages (a coupling that does not deserve to be ranked, no matter how dysfunctional it is), Scarlett was married enough times to take up almost half of this list. Although theirs was a marriage between two relatively terrible people, but wow was their love electric!