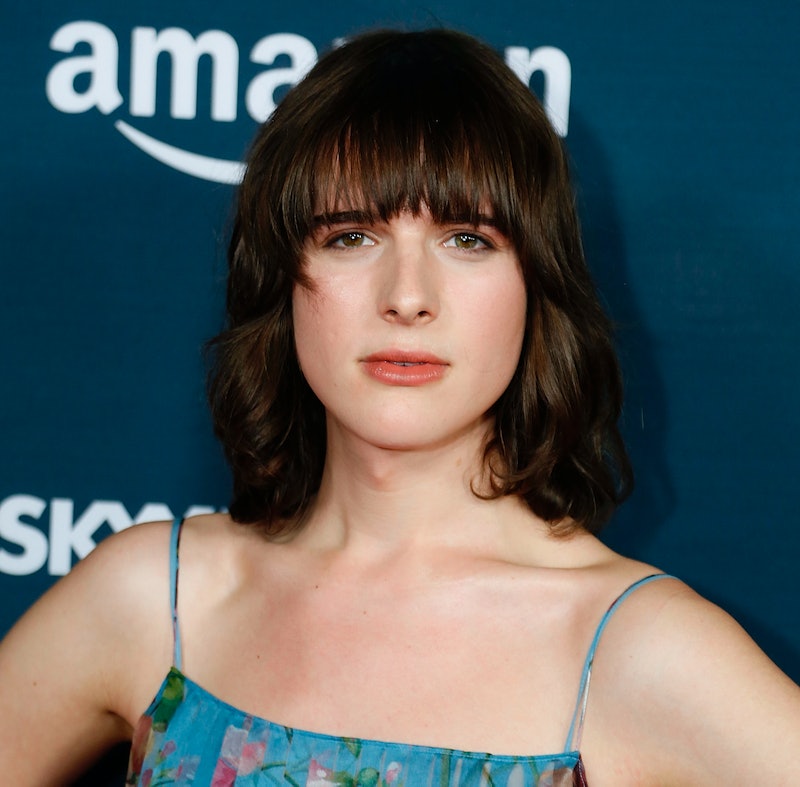 Adding to her growing list of accomplishments as a transgender model and activist, Hari Nef made her Milan Fashion Week debut after walking down the runway for Gucci. The 23 year old wore head-to-toe red from the label's fall/winter 2016 menswear collection. Nef also took over Gucci's Snapchat, where she shared backstage photos from her first European runway show. She also told Dazed about working with Gucci designer Alessandro Michele.

“I think (Michele) works from his heart,” Nef said. “It's an authentic vision and I'm so happy to be a part of it...I’ve never walked in Europe and I’ve never walked in a show this big.” The two met in Los Angeles after Nef was cast on the Amazon series Transparent and she needed a dress to wear to the show's premiere. As the first American trans woman signed to IMG models, Nef struck an immediate friendship with the designer. Michele's gender-fluid approach to fashion also resonated with her own body positive, trans advocacy ideals.

"He’s a great guy and he sees people, he sees characters... he doesn’t really see a lot of the labels," Nef said. "To work with the team has been a joy. I can genuinely say it’s been amazing.”

Nef's red-caped ensemble definitely made for one standout outfit at Gucci's fall/winter 2016 show.

Aside from making great strides in her modeling career, Nef's star is continuing to rise with her breakout role on Transparent as well as taking on more onscreen projects. But she's also hoping to make a difference with her work not just as a model and activist, but as a filmmaker. "Lena Dunham gave me a book about screenwriting," Nef told Fashionista. "I'm reading it."

Could the White House be next? With Nef, anything is possible.