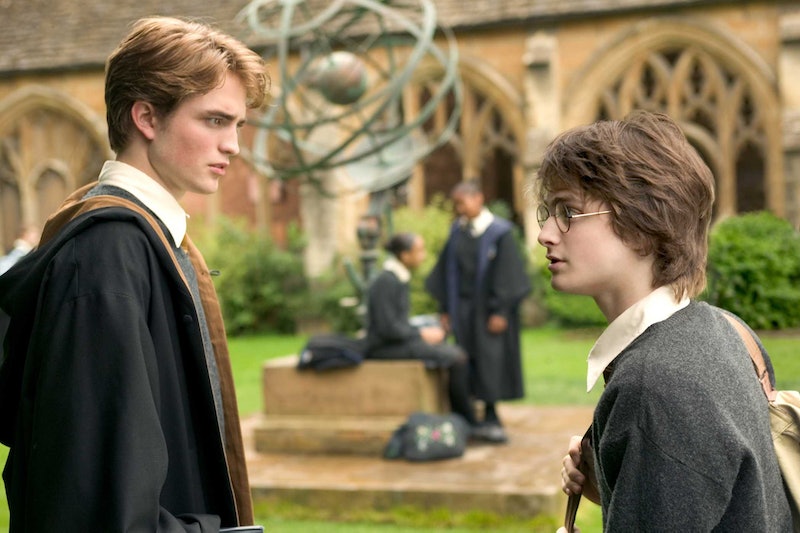 Let’s be real here: The book is always better. No matter how excited you are for your favorite series to be adapted for the big screen, you’re sure to feel slightly disappointed when you notice all the changes made to transform a novel into a movie. Sure, you understand that a movie is a visual medium, and therefore there are things that will be different in films versus in books, but you still hope that cinema magic will live up to your expectations.

Most of the times, the changes from books to movies involve leaving out plot points. After all, movies are only a couple hours, no matter if their book versions are a hundred or a thousand pages. Unless the directors and screenwriters adapt the book into 12 movies instead of one (I honestly wouldn’t complain about that), they’re going to have to leave some things out. Some movie adaptations also just straight up change things. For example, if a character has a long internal dilemma, how will they show that on screen? It’ll have to be visual. And there are different aspects to films: score, soundtrack, casting, etc.

No matter how much I love a film adaptation, I will probably always love the book better. But sometimes cinema gets it right — so here are 15 times the Harry Potter films did justice to the heart of the story through changes.

In the third film, a choir of students sings this ~chilling~ Halloween tune, complete with toads in hand. While this song isn't in the book, there are plenty of songs in the book (such as the Sorting Hat's tunes), so it was fun to see a glimpse of the whimsical-ness of the books echoed in the movie. Also, it never hurts to reference Shakespeare.

Another change in Prisoner of Azkaban: in the book, Harry, Ron, and Hermione throw mud instead of snow. Harry's invisibility cloak falls off, and Malfoy sees just Harry's head, forcing Harry to flee the scene. Changing the mud fight to a snowball fight and eliminating the invisibility cloak reveal made this scene more Christmassy, and gave us more time to revel in the Sirius-black-betrayal discovery.

There's a lot of tension between Cedric and Harry in the books, some stemming from the fact that Cedric "beat" Harry in Quidditch (but only because Harry fell off his broom due to dementors). This was left out of the films. Though it changed the dynamic between Harry and Cedric somewhat, it made Cedric a little more bearable. Because, come on: he did NOT beat Harry fair and square in that Quidditch match.

In Goblet of Fire, Harry faces a Hungarian Horntail as one of the Triwizard Tournament tasks. Book version: the dragon doesn't stray far from her nest, because she's nesting. Movie version: the dragon is chained, chases Harry, and the whole thing is stretched out and super dramatic. Visually speaking, it's certainly more exciting to watch and an understandable change.

Hagrid's precious skrewts aren't in the movies. Be honest: Did you really miss them?

In the book version of Order of the Phoenix, Ron and Hermione are named Gryffindor prefects. It was a very awkward moment between Harry and Ron, especially when Hermione assumed Harry had been named a prefect. Though the moment was important for their friendship's development, I didn't mind that the film left it out — it meant fewer uncomfortable moments, at the very least.

Harry doesn't act drunk when he takes Felix Felicis in the book. In the movie version of Half Blood Prince, however, he acts pretty tipsy. It's certainly entertaining — and provides a much-needed laugh when Harry mimics the spiders' pincers.

In the books, Dumbledore's funeral is a grim but reverential affair. Sadly, most of this chapter wasn't included, but there was still a visually stunning tribute to the great headmaster: everyone lifts their wands, lighting the ends.

In the book, we don't actually see Bellatrix torturing Hermione at Malfoy Manor. Rather, we hear her casting the torture spell and hear Hermione's screams. In the movie, however, we get the chilling visual as Bellatrix carves the word "mudblood" into Hermione's arm, reminding us of how evil the death eaters truly are.

In the books, Hermione talks about how she cast a memory charm on her parents to remove them from harm's way. But in the movies, we actually get to see her casting the spell, and we see the emotional impact of this through her expression. It's a sad yet eye-opening scene which gives more insight into her character and lets us see from a different perspective than Harry for a moment.

11. Harry And Hermione Dancing In The Tent

This sweet sequence didn't appear in the books, but in the film version of Deathly Hallows, Harry and Hermione share a moment where they dance together in their tent. It's a reminder of their strong friendship, and shows a side of both that we need to see in that moment.

12. The Tale Of The Three Brothers Sequence

In the books, Hermione reads the tale of the Peverell brothers and death. In the movie, this story is animated with a dark and beautiful sequence, giving the perfect image to the grim tale.

The best part of the movies? Seeing the characters come to life with a wonderful cast. Though the movies left out plot points and changed things, in the end they stayed true to the spirit of the boy who lived. So while I always love the books best, I will appreciate the movies in their own right. Always.