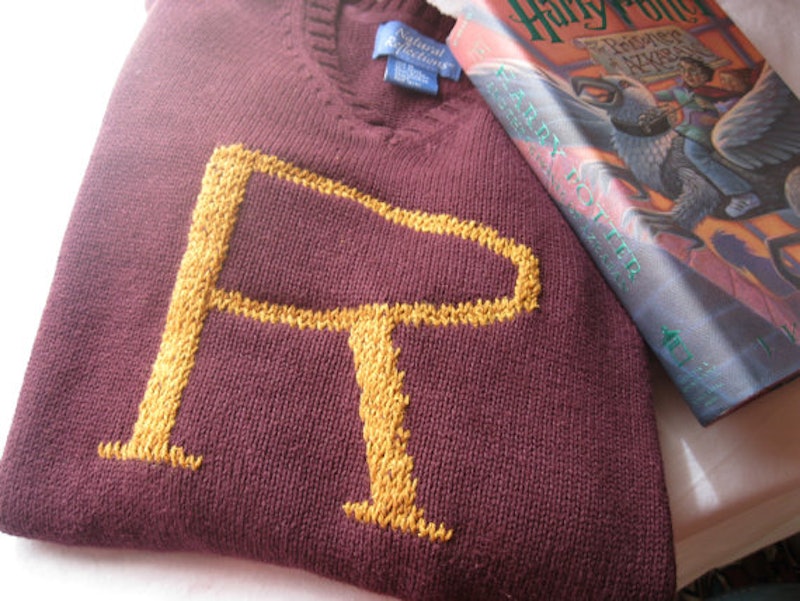 If you’re a Harry Potter fan, you’ve probably caved and purchased some Harry Potter merchandise at one point or another. You can’t help it — it’s inevitable.

Maybe it was on a trip to the Wizarding World of Harry Potter. Maybe it was before a premiere, and you just had to have that costume piece or another. Or maybe you’re a DIY expert, and you like bringing the series to life using some paint, glue, and an old stick you found in your front yard (voila! You’ve got a wand).

The thing is, if you love Harry Potter, there are some things you just NEED to own. I’m not talking about the random HP merchandise such as Barbie dolls of Harry and Hermione which come with scented chocolate frog bracelets (haha of course I didn’t own these as a child! Of course I don’t treasure them as heirlooms!). I’m talking about the staples of the Harry Potter fan. The items that, if you’ve read the series, you’ve definitely either purchased or made. And if you don’t own these things yet, you’d better make a trip to the store — or root around your craft closet — because this series is an experience which should be commemorated with swag.

1. A Great Set Of The Books

It should go without saying that every Harry Potter fan should have a great set of the books. Whether you treasure your childhood copies, or you have a beautiful box set, you've got to have the original stories on your shelf. Bonus points for owning the amazing audiobooks — I still have all my cassette tapes from back in the day!

2. A Great Set Of The Films

Though the books are your favorite, you've got to leave space on your shelf for the HP films. Because sometimes you just can't wait until the ABC Harry Potter marathon, to watch all your faves.

If you're a Harry Potter fan, you probably know which house you'd be in. And if you know your house, you've got to have some Hogwarts pride by sporting your house colors. What better way than with a house scarf? Whether you score one on Etsy or knit it yourself, this is a staple for the HP fan.

Along with your house scarf, you've obviously got to have a house crest as well. From this Hogwarts patch from Universal, to a million DIY options (if you're up to drawing the crest yourself), show off your love for your house — or all of Hogwarts — with a crest.

Who doesn't feel a rush of love for Harry Potter the moment you hear Hedwig's Theme? True HP fans definitely need a track or two (or the complete music collection) of the soundtrack to the films. Bonus points if you play an instrument, and grab some HP sheet music so you can also perform it yourself.

An awesome option for fans of DIY, Harry Potter-themed t-shirts are super customizable, and a must-own for Harry Potter fans. You can find this perfect deathly hallows tee on Etsy, or grab an old t-shirt and some fabric paint and create your own.

7. A Poster With Your Favorite Harry Potter Quote

This is another must-own thing for HP fans, and also easy to make: a poster decorated with your favorite quote from the series. Or, you know, several — it's hard to choose just one quote. DIY tip: Grab some paper, carefully singe the edges with a match, and then doodle your quote in the center. Or, if you'd prefer to have an artist create one for you, find the poster above (and other great options) on Etsy.

If you're a Harry Potter fan, you've got to try chocolate frogs and/or Bertie Bott's Every Flavor Beans at least once. Even the gross flavors. It's part of the experience, people!

Knit it, crochet it, buy one on Etsy — however you come by it, you will definitely want a Weasley sweater.

10. A Full Costume For Your Favorite Character

Whenever the opportunity presents itself to wear a costume, you know that being a HP fan means dressing up as your favorite character. From film premieres, to costume parties, to days when you just feel like looking a little Hermione-ish, every fan needs an Harry Potter costume in their wardrobe.