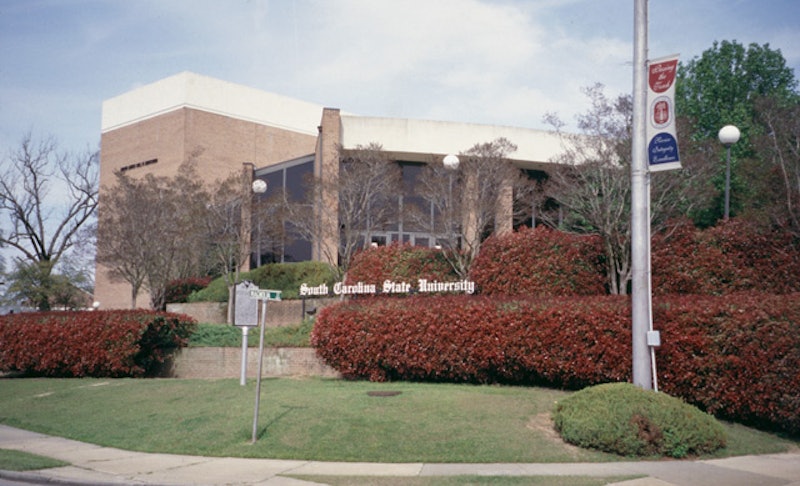 At least one student was shot at the Orangeburg college of South Carolina State University on Friday afternoon, authorities are reporting. The university sent out a college-wide alert saying that a student was wounded by a gunshot at the Hugine Suites dorms. Law enforcement is searching for four suspects, and for now, the school is on lockdown.

Little more is known at this point, but law enforcement and media are circling the area. South Carolina State officials have said they know who the shooter is, and that they are actively searching for a suspect.

On Tuesday, a classroom shooting at Purdue University left a man dead, and the shooter has been charged with murder.

The shooting allegedly happened in the Electrical Engineering building on campus. Students were informed via a “shelter in place” text message alert, according to WRTV, an ABC News affiliate in the state.

And on Wednesday, a shooting was reported at the University of Oklahoma. The report was ultimately discovered to be unfounded.

The university is just south of Columbia, has roughly 3,000 students enrolled, and is historically black.