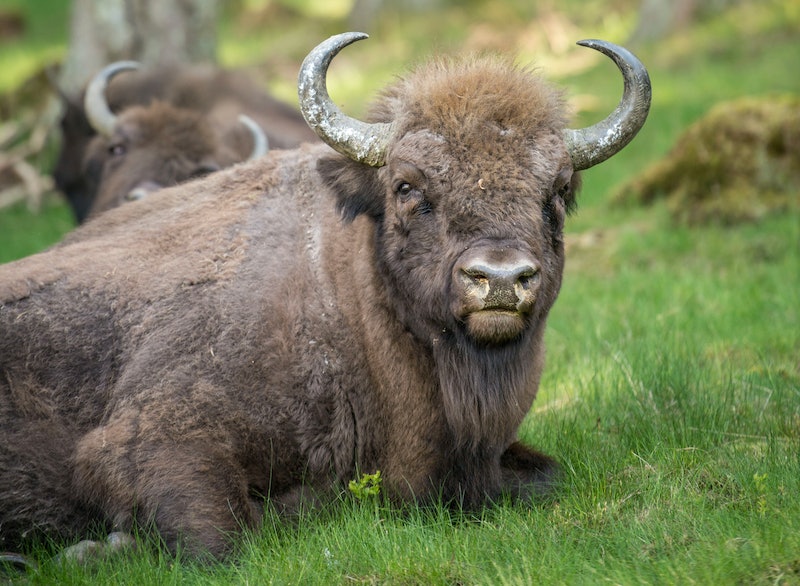 The animal kingdom is more progressive than you might think: A recent study by French ecologists has found that European bison vote democratically and favor female leaders. Every member gets a vote in bison herd discussions of where to go next, and any bison, regardless of age or sex, is eligible for “election” as leader of the herd. With a sure-to-be-fraught presidential election on the horizon in our neck of the woods, this bison system of government is refreshingly simple.

In research published in Animal Behavior in November of 2015, ecologist Amandine Ramose and colleagues at the French National Center for Scientific Research monitored a group of 43 European bison (These forest-dwelling bison are smaller than their American relatives). For three months in 2013, the researchers studied the herd’s behavior for four hours a day, and discovered what HowStuffWorks describes as “a lesson in bi-partisan politics.” The herd elected multiple leaders by majority, and, although any member of the group could run for office, the group tended to follow the leadership of adult females.

At this point, you’re probably wondering, “So how, exactly, does a bison ‘vote’?” Thankfully, the bison system is much simpler than our own. In order to make a group decision about the herd’s next destination, each member of the group pointed its body in the direction it wanted to go. A potential leader then walked away from the group without grazing for a short distance. If the group chose to “elect” the new leader, the group would follow. Perhaps unsurprisingly, when the leader walked in the direction that most of the herd was facing (and thus supported the majority’s choice), the herd was more likely to follow.

Ramose and her colleagues found that, while every bison was a potential leader, the herd tended to give more weight to the choices of the adult females. The researchers suggest that this may be due to the fact that these bison depend especially on abundant grazing for milk production and during pregnancy.

Understanding how these bison move and make decisions is important to their continued survival. European bison were nearly wiped out in the 20th century (In fact, they went extinct in the wild in 1927). Successful conservation efforts have led these animals to be reintroduced into European reserves. By understanding how bison choose their leaders, wildlife conservationists may be able to better protect these animals. For example, Cédric Sueur, a coauthor on the study, told HowStuffWorks that this research could lead to putting GPS collars on herd leaders that would emit a low-volt shock if they venture onto roads, private lands, or other potentially dangerous areas. Sueur explained,

To put GPS collars with electric pulse on the leaders or to delineate the movements of the group in the reserve, without putting physical barriers, allows other animals to enter and leave the reserve and encourages gene flow.